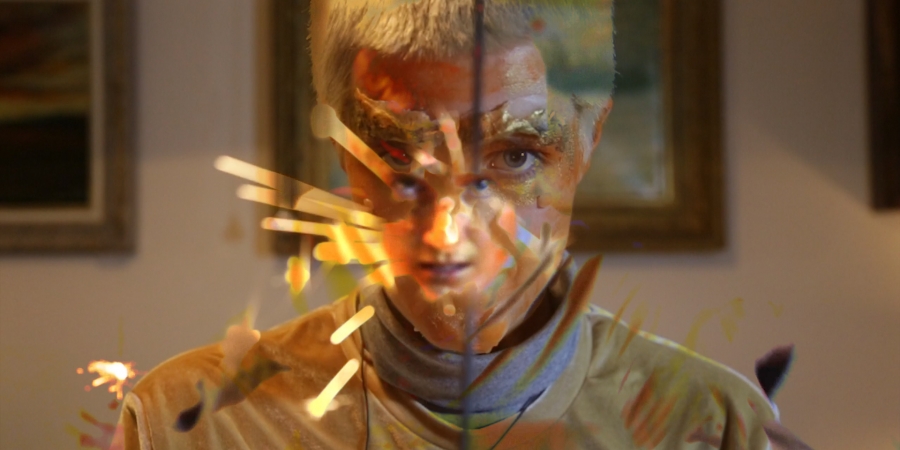 In an all encompassing experience of sculpture, film and soundscape within a rhythmically activated environment Madison Bycroft presents the film Jolly Roger and Friends, a 60 minute film and a work of anti-portraiture. The work is “about” and also not “about” two female pirates, Mary Read and Anne Bonnie. These are two true historical figures from the 18th century, who spent much of their lives on the same ship. The script, written by Bycroft, is inspired by New Narratives (San Francisco) and Theory, A Sunday (Canada), two experimental prose groups, and uses forms of writing that speak ‘around’ characters or ‘alongside’ them. The minotaur, a golden institute of name economies, aping thespians, Heraclitus and a pirate mob all proliferate and destabilise the identities of the “central” characters.

In this exhibition at 1646, Madison Bycroft explores how the illegible can (not) be represented. Gender, subjectivity, identity, forms of relation, eros, ways of thinking the self and representation are all implicated when we communicate. Methodologies for writing outside of logocentric language exist in many forms, from negative theology to feminine écriture, from disrecognition to disnarration and disidentification, and are all investigated as narrative forms in the show. Bycroft’s diaries (1998 – 2003) are also used as a source, and seen as a material documentation of performance, not as evidence of the “self”. In lieu of sanitation, cropping, or a unified term, what tools can be used to trick, side-step or escape the hegemonic violence of enlightenment language, the tyranny of illumination? Night falls: a gong signals the size of a ship, the bad breath of the earth whistles through its teeth, and baboons fart in the margins.

This work continues Bycroft’s recent research in the (im)possibilities of a solidarity and empathy that does not homogenise but affirms difference. How can particular identities be situated within an environment, discourse, or language that does not have the capacity to represent them? The margins, the wings of the theatre and dusk or even the night, or the portamento, the hyphen and the portmanteau are particularly potent spaces.

When watching the work and talking with Madison, the love and flair for writing, acting and an avid hunger for knowledge and questioning is striking, all passions that the artist manages to channel in an impressive explosion of production and creativity. One quality that comes to our mind when thinking of Madison’s practice is ‘chameleonic’. As if willing to be in a flow of constant transformation, Madison impersonates different characters, jumping effortlessly from one medium to the other, using simultaneously multiple layers of narrative. The work seems to be fiercely escaping definitions. Language is a prominent part of their practice, that could give you a sense of something graspable, a narrative. At the same time one is left with the feeling that those words you recognise are slippery and morbid, just as the complexity of reality is elusive.

Bycroft is currently interested in slapstick and deadpan as subversive methods of being legible. Over-performance is joined by the refusal to perform, and both might be thought of as a kind of anti-identity politics. Of particular interest is the performance and orientation of humour, and the fool or scapegoat, the target of a joke as fertile ground to do politics from. 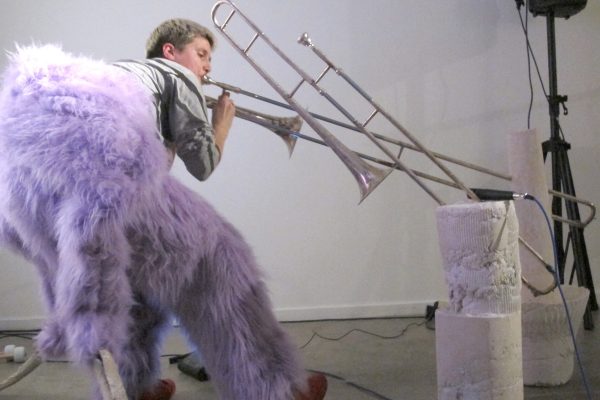