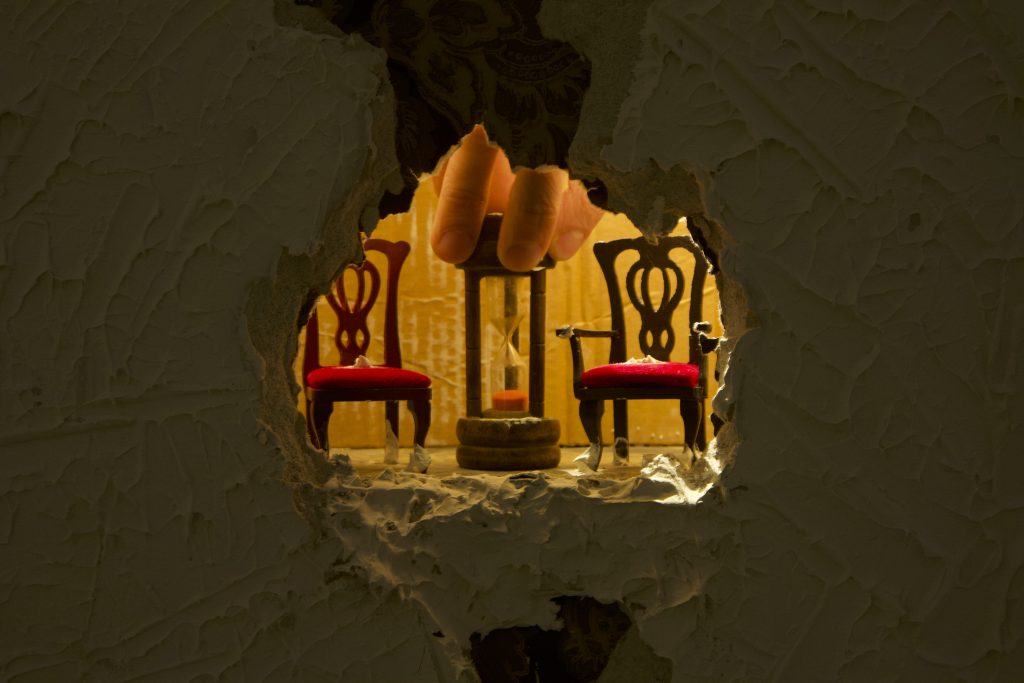 “The walls of the quarry did look dangerous. Cracked, broken, shattered; the walls threatened to come crashing down. Fragmentation, corrosion, decomposition, disintegration, rock creep debris, slides, mud flow, avalanche were everywhere in evidence. The gray sky seemed to swallow up the heaps around us. Fractures and faults spilled forth sediment, crushed conglomerates, eroded debris and sandstone. It was an arid region, bleached and dry. An infinity of surfaces spread in every direction. A chaos of cracks surrounded us.

– from ‘The Crystal Land’ by Robert Smithson

As a 13 year old Zanisnik had his grandmother play act as a World War II soldier, in the basement of his family home, using toy guns as her weapons to fight the Nazis. Zanisnik frequently uses his family members in his performances and videos, turning the tables in the relationship.

In the video ‘Aquarium Paintings’ that Bryan Zanisnik showed at 1646 his father plays the leading role in a constructed fantastical landscape at a recycling center in Philadelphia, built of discarded office cubicles populated with all kinds of run down materials that he found at the dump: from the office, bedroom, department store, mini-bar, living room and bathroom.

The videos of Bryan Zanisnik are often part of a larger installation including sculptures. Reconstructed forgotten and disregarded rooms of the suburban home like attics and basements, or in this case the office space, form installations that are often crowded with discarded commodities that once were valuable, such as baseball cards and comic books, items once collected and cherished.

Zanisnik plays with these elements of familial history and uses discarded objects that stir up childhood memories. This way Zanisnik detects the tension between the familiar and the foreign, creating a situation in which these outmoded objects feel haunted as if the object, having a previous life, has these nearly psychic qualities.

This excavation and exploration of run down materials will be continued in The Hague, following his interest in the discarded and reused qualities of materials and in the history of objects. Zanisnik considers his installations a kind of mining of personal materials, and the building of his sculptures, as salvaging architectural ruins. His work relates to ruins, whether in physical terms, or psychological ruins.

Over Bryan Zanisnik: Zanisnik (1972, USA) attended the Skowhegan School of Painting and Sculpture and has recently exhibited and performed at MoMA PS1 in New York, at the Institute of Contemporary Art in Philadelphia and in Chicago at the Museum of Contemporary Photography. His work has been reviewed a.o. in the New York Times, Artforum and ARTnews.
Links
E-mail conversation
Bryan Zanisnik in conversation with
Keren Cytter 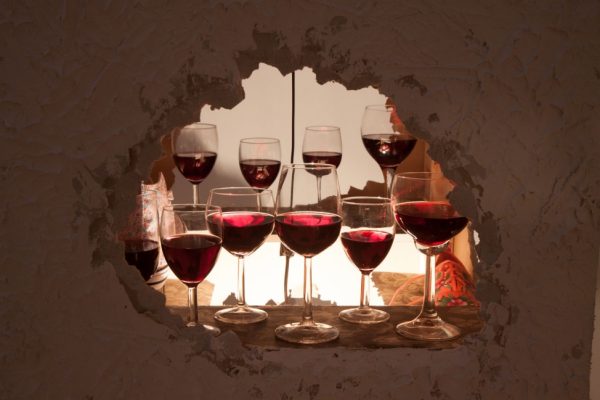