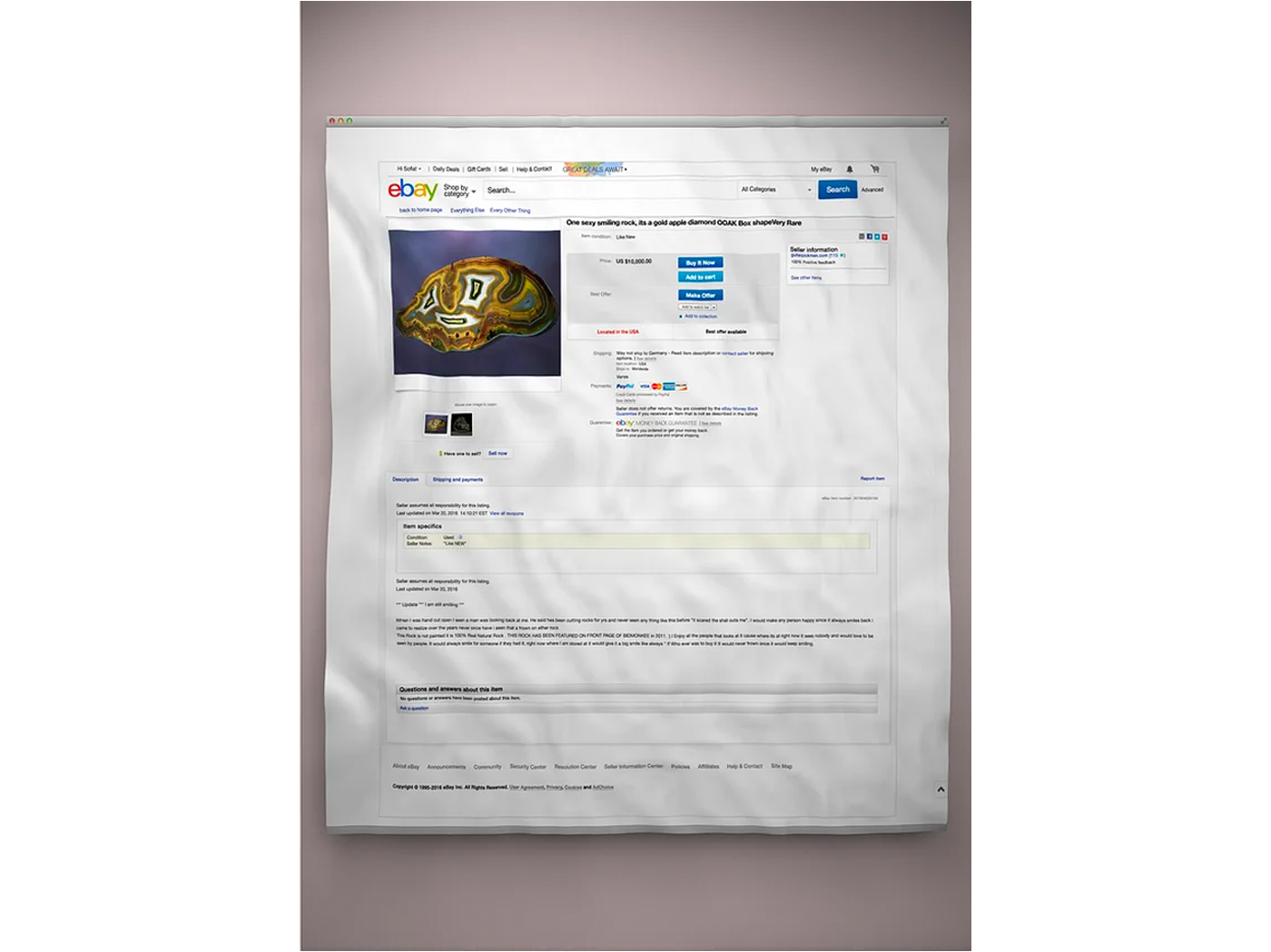 Following her exhibition titled Arrangements at 1646, Lindsay Lawson’s editions can be seen as different variations on the meaning of that word.

In this case, see ‘arrangement’ as having a connotation of a compromise that could even suggest an illicit sort of deal. An arrangement is something that “works” for all parties, but is probably not an ideal situation for anyone. This Benefactor’s edition is a digital print of an eBay ad, offering a sexy smiling rock for $1000000 — the object Lawson’s work The Smiling Rock centers around.