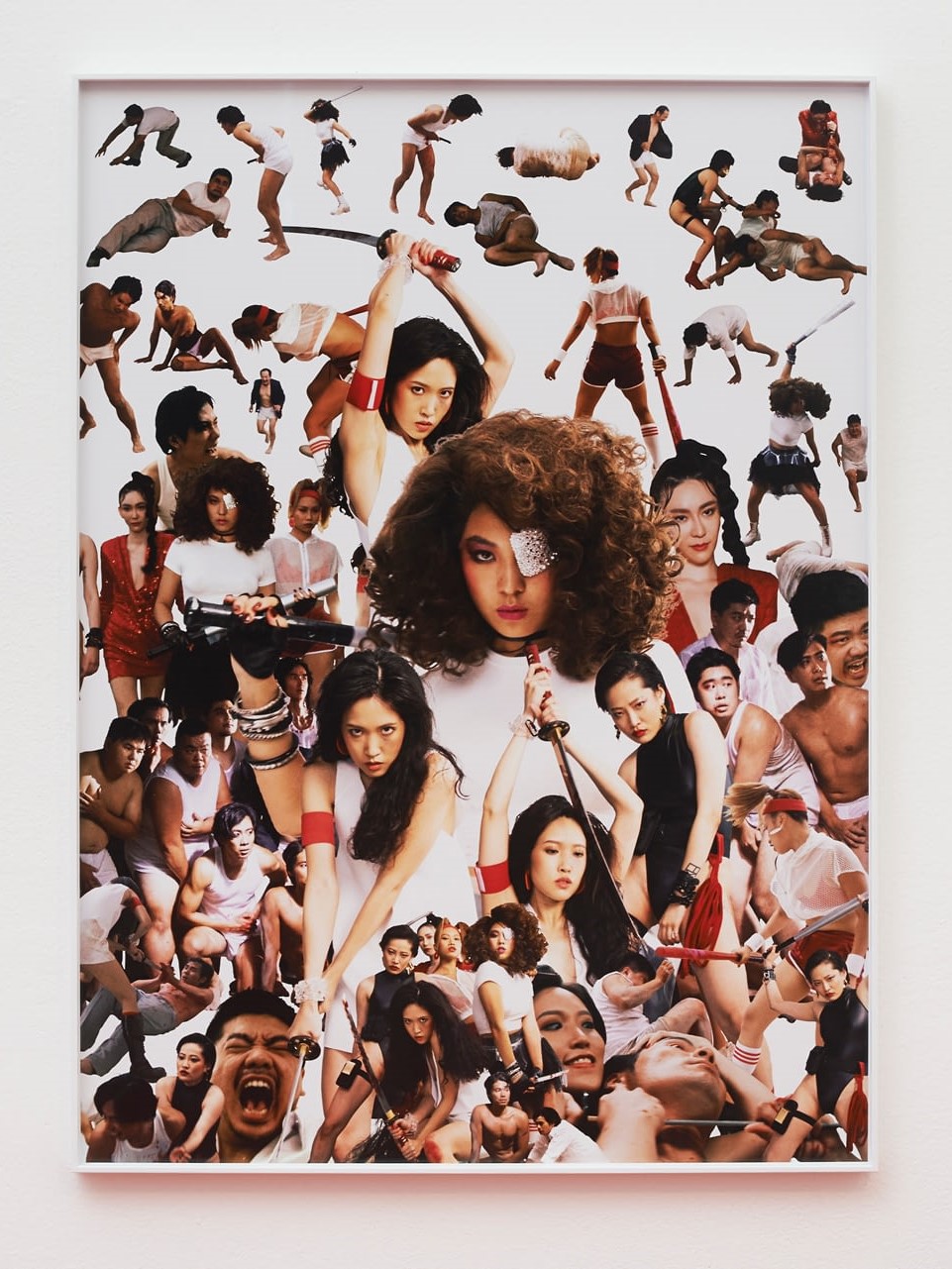 The Women’s Revenge print was part of the exhibition The Cinema of Séance by Su Hui-Yu at 1646. Su Hui-Yu examines the borders of bodies and sexuality, along with the entanglement of socio-political conduct and prohibition. The artist paves the way for the possibility of reviewing and supplementing history with his reflective practice, ‘re-shooting’ early Taiwanese experimental films. Having inspired Su’s own film The Women’s Revenge, in which Su himself also appears and partakes in the vengeance, the black movies are brought to the present-day context.

We strongly recommend to pick up this product. If you would prefer shipment we will do our best to protect the item and send it with insurance.
About Su Hui-Yu: Su Hui-Yu (b. 1976, Taipei) obtained an MFA from Taipei National University of the Arts in 2003, and has remained active in the contemporary art scene ever since. Su has been featured in renowned international film festivals, exhibitions and art institutes, including the IFFR (The Netherlands), OzAsia festival (Adelaide, Australia), the Videonale (Bonn, Germany), PERFORMA (New York, USA), Wuzhen Contemporary Art Exhibition (China), MOCA Taipei (Taiwan), Taipei Fine Arts Museum(Taiwan), Kaohsiung Museum of Fine Arts (Taiwan), San Jose Museum of Art (California, USA), Herbert F. Johnson Museum of Art at Cornell University, Casino Luxembourg- forum d’art contemporain, Bangkok Arts and Culture Center (Thailand) and Power Station of Art (Shanghai, China). In 2017, International Film Festival Rotterdam dedicated a retrospective to Su’s video works, while his video piece Super Taboo had its world premiere in the Tiger Awards Competition for Short Films. Su returned to the Tiger Short Competition in 2019 with The Glamorous Boys of Tang.

The Cinema of Séance