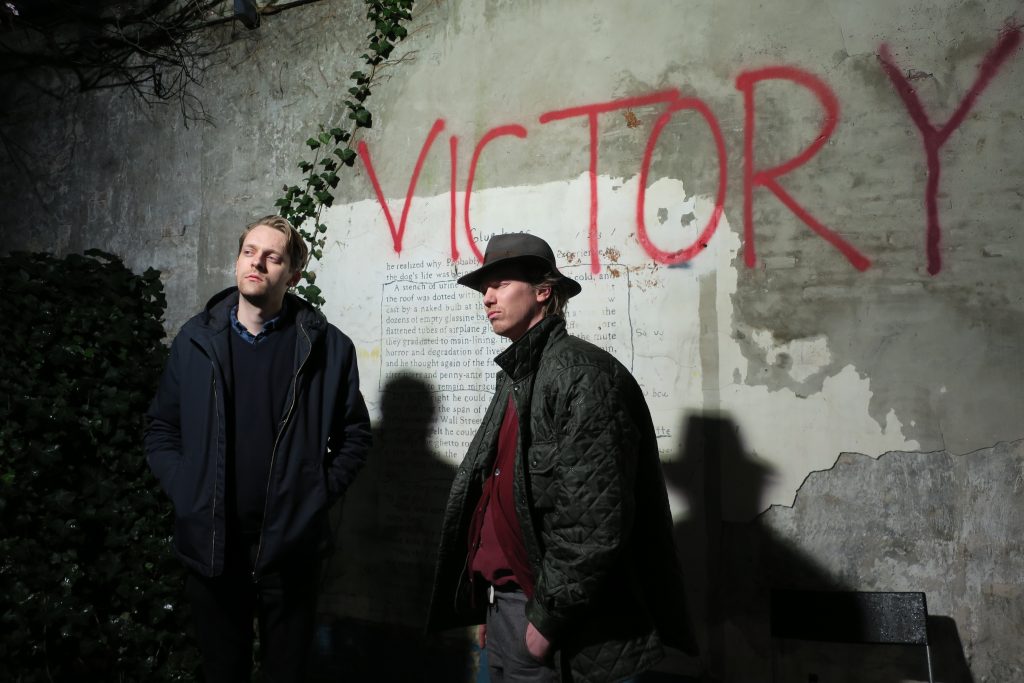 On this evening artist Steinar Haga Kristensen chose to present a selection of performance work by artist group D.O.R.

The group was active between 2006 -2016. Their work is characterized by an in-depth theoretical conversation on the term “Neo-Relational” a term summing up the spirit of their practice, – means being in favour of defeating the logo-centrism of western culture, restoring pragmatism and the importance of instinct to the work of art.

Collection of Centers – good vs. bad models of collaboration

Untitled – Give it all up Again

Performance and actions by D.O.R at the Vernissage of the exhibition Give it all up again

Performance and actions by D.O.R at the inaugural exhibition at Gallery D.O.R.

Evolving according to an expanded chorographical principle Gallery D.O.R. takes its leading methods from the commercial Galleries globalized, institutionalized and fine tuned formalities. D.O.R. has scripted and will perform an ambiance so close to a Gallery situation that it will transcend the Ibensian social realistic “problem drama”. Gallery D.O.R is performed by the artist group D.O.R (Sverre Gullesen, Steinar Haga Kristensen & Kristian Ø. Dahl)

chaos to consensus, a debate takes form as a panel debate on the “Neo-Relations, Aesthetics of the now”.

D.O.R. have initiated a series of panel-discussions between art historian Cindy Barbera, the author of the publication Slippery Translucence and Neo-relational aesthetic; scornful, but (at least) it has identity(!) and curator at Proper Palate Gallery, Veary Tall. They are discussing the inherent potential in neo-relational esthetics and how these strategies affect our every-day life. The discussions are being led by director of Die neue institute, Niclas Hödler.

The Kaupang Laive was a three-day Live improvised theatrical role-play that simulated the first urban community in Norway, namely Kapangen i Skiringssal year 800. The participants only had their character description as a reference on how to perform

About Steinar Haga Kristensen: Haga Kristensen (b. 1980, Norway) lives and works in Oslo. He studied at the National Academy of Art, Oslo, at the Academie der Bilden Kunst, Vienna, and at the Sydney College of Art, Sydney. He is one of the founding members of the performative artist group D.O.R. Between 2013-2015 Haga Kristensen had his studio at the upper floor of Oslo’s City Hall, during which he created a monumental fresco mural. He has exhibited at The Contemporary Art Centre, Vilnius, Lithuania; Bergen art museum, Bergen; Etablissement d’en face projects, Brussels; WIELS Contemporary Art Centre, Brussels; Kunsthall Oslo, Oslo; Witte de With, Rotterdam; Museum of Contemporary Art, Roskilde; UKS, Oslo and Den Frie, Copenhagen, Denmark. Haga Kristensen is represented by Johan Berggren Gallery, Malmö, Sweden. 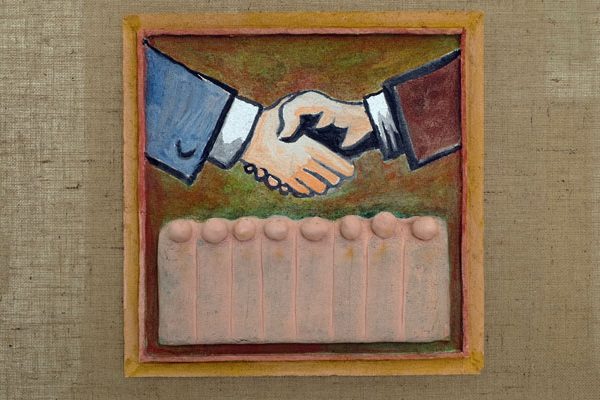