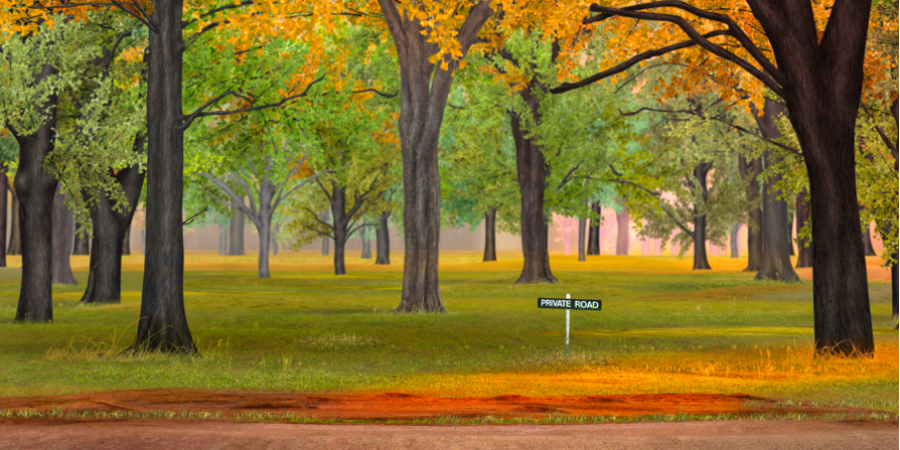 Continental Private Road is Danielle Dean’s first solo exhibition in The Netherlands, presenting two exciting new projects. Firstly, a collection of works offers context to Dean’s ever-expanding project, grounded in a critical interrogation of racial capitalism, by examining archival documentation of 1930s labor unrest at Fordlândia (Henry Ford’s failed utopia in the Brazilian rainforest, which attempted to integrate rubber production within the Ford Motor Company’s operations). A series of scaled-up archival letters, re-drawn and then printed as if they were commercial banners, expose the panoptic control attempted by Ford on both the Indigenous and migrant laborers at Fordlândia, as well as on the unruly tropical Amazonian landscape.

The second, central work in the show, is a new animation inspired by a 1965 Ford Lincoln “Continental” print advert. Set amid a North American forest and conspicuously displaying a “Private Road” signpost, the animation begins within this setting, but without the original car and the white upper-class woman that are the focus of the commercial. The only trace of this white privilege is the “Private Road” sign, signaling that the land is privately owned, like the car. The aspiration for the American Dream of property ownership is disrupted by the animation moving further and further into the North American forest, which slowly morphs into a tropical rainforest akin to the Brazilian Amazon. The geographies that were materially connected by Ford’s global production line but were ideologically disconnected in Ford’s commercial imagery, are here carefully and mysteriously re-connected by means of digital animation technology. The linear assembly line of the mechanical past becomes digitally reconfigured through post-Fordist networks that obscure global labor relationships and the material landscapes of which they are physically made.

Through this mesmerising visual continuum, the animation reverses the ideological imaginary of private property ownership seen in Ford’s commercials, pointing at the necessary absences — of class, race, and ecology — that are required to uphold the quintessential images of the American Dream. It suggests that this kind of accumulation and consumer production (in this case, of cars) has long relied on consuming other geographies and peoples.

Within these works, Dean uses narrative techniques, consumerist imagery, and Disney-like raindrops to draw parallels between the historic car manufacturer and the ways advertising instructs our behavior, consumption patterns, and subjectivity. Dean contrasts this material and visual history to the present labor conditions at Amazon Mechanical Turk, an online platform designed to administer “click workers” across the globe and which allows corporations like Amazon to exploit workers — particularly from the Global South — for the purposes of training the Artificial Intelligence algorithms that are setting the stage for new rounds of capitalist automation and unemployment.

Continental Private Road probes the ways in which capitalist productivity and subjectivity are co-constructed through technological modes of controlling global pools of surplus labor. Importantly, this requires controlling the way space itself is visually conceived and enclosed. In the 1930s, Disney innovated the animation industry through the so-called multiplane camera, constructed with repurposed car parts. This apparatus created the illusion of parallax depth by juxtaposing 2-dimensional animation “assets” in movement — a technique effectively deployed by Disney to animate “nature” in films like Bambi (1942). Through such visual technologies, the imaginary landscapes of the American Dream became technically malleable — each landscape element now fully objectified — portraying the quintessentially white, aesthetic pathos of American suburbia as seen from within the car-as-screen.

Dean chose one landscape scene from the Ford archive and brought it to life using this multi-plane animation technique, making explicit the material disconnections that Fordist imagery had sought to repress. The work deconstructs narrative devices in car ads, portraying the car as a mode of aspirational shelter. Similar to the layering in the animation often used by Disney, the car window is a layer that separates us from nature and allows the landscape to be consumed from inside the vehicle — safe from the weather, the story of a journey unfolds through the car window as if it were rolling by on a screen. Looking at Ford’s archive of car adverts, another separation becomes glaringly obvious: ownership of commodities and land was racially and socially skewed, there are those with a right to comfort and property, and those without.

Dean’s exhibition reflects on our relationship to these ongoing conflicts. The show examines the cultures of circulation produced by objects and people in a global context, focusing on the relays that connect colonialism and capitalism, from historical events to the present. Dean is interested in how the subject is constructed in relation to racial capitalism—how our behavior, language, relationships, and personality are influenced by the techniques and tools of advertising and ways of exploiting cognitive labour. Put another way, Dean investigates how visual media in capitalism constructs the very idea of what it is to be “human”; how the oppression of racialized subjects and the exploitation of land necessarily require visual and managerial tools to build and maintain a centralized white, property-owning, subject.

About Danielle Dean: Danielle Dean graduated as Master Fine Arts at the California Institute of the Arts and she is an alumna of the Whitney Independent Study Program and the Skowhegan School of Painting and Sculpture. Recent solo exhibitions include: True Red Ruin in the Museum of Contemporary Art Detroit, Bazar at 47 Canal in New York, Landed at Cubitt gallery in London and Focus: Danielle Dean at the Studio Museum in Harlem (New York). Her work has also been shown in group exhibitions such as: Freedom of Movement, Stedelijk Museum Amsterdam (the Netherlands), Anti, Athens Biennial (Greece), The Centre Cannot Hold, Lafayette Anticipation (Paris), Artist’s film international, The Whitechapel Gallery (London), From Concrete to liquid to spoken worlds to the word, Centre D’Art Contemporain Geneve (Switzerland), In Practice: Material Deviance at Sculpture Center (New York), Experimental People at High Line Art (New York), Lagos Live at the Goethe Institute Nigeria (Lagos) and Made in L.A. 2014 at the Hammer Museum (Los Angeles).
Links
E-mail conversation
Danielle Dean in conversation with
Sofía Hernández Chong Cuy 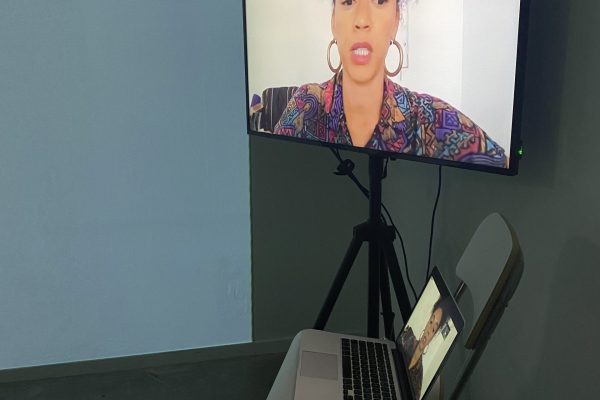