He saved the world from harmony 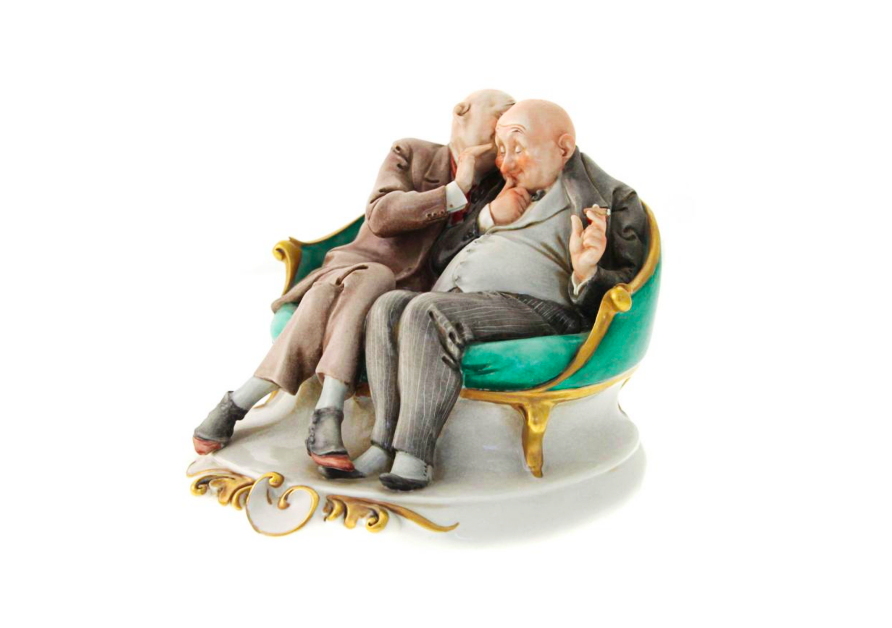 With He saved the world from harmony, Simon Wald-Lasowski invites the viewer to see the point where clutter becomes a collection, to regard objects as characters and for associations to be made freely. Keeping and holding on to things is a way of slowing down time, breaking the relentless pace of everyday life. The artist urges us to reflect, daydream and rest as an invitation to resist the frenzied capitalist rhythms. The tempo of this exhibition is determined by a monstrous patriarchal hourglass.

Wald-Lasowski does not necessarily take mass-produced objects as they are, he distorts them, expands them, offers them context or, conversely, strips them of it. Cheap plastic toys become sentient, experience grief or panic attacks and ask existential questions. Through his love of colors and textures, he creates eye-catching work that touches on profound issues of the human condition with an apparent humorous and ironic lightness. For example, in a Breton village he met an inebriated collector of spinning tops. His collection is not in a dust-free environment, but is shared with the community in the café, children are allowed to play with the spinning tops and the villagers even collect along with the man. Consider the spinning top as a symbol of the desire that continuity should be finite. Spin, spin until it starts wobbling and staggering, stagger until the top falls. Only a fallen top can be spun and played with again.

When does the act of collecting turn into something compulsive, something unhealthy? Collecting means creating harmony, it presupposes order, knowledge, and maybe a touch of passion. Then there is hoarding: the collection degenerates into chaos, obsession, suffocation. Simon Wald-Lasowski is torn between his disgust for and attraction to certain items and attempts to deconstruct his judgment rooted by a ‘French good taste’ education on one side and a Polish migrant kitsch education on the other. In He saved the world from harmony, Wald-Lasowski emphasizes the greed, excess and obsessions behind consumerism. Still, he also creates order and highlights the symbolic and spiritual value of objects.

Wald-Lasowski is fascinated by hoarders, collectors and the accumulation of goods encouraged by the consumer society. He recognizes the somehow sickly existential need to surround ourselves with seemingly worthless trinkets and objects. Mass-produced tacky gadgets, junk from bargain stores, and flea market curiosities often have a strong emotional impact on him. Embracing and transforming these objects brings out a new symbolic or spiritual meaning. By glorifying the inconspicuous and vulgar, the artist tries to comment on society through the objects that surround us. Collect, cherish, even if it can overwhelm you.

About Simon Wald-Lasowski (b. 1980) collects, studies and mocks the iconography of images, objects and signs that are so prevalent in contemporary society. Simultaneously, his multiform practice conveys a genuine love for disdained tacky gadgets and obscene curiosities, which he obsessively hoards. Objects become actors in satirical subversive installations, which confront viewers to absurd issues of the human condition and to the enormous underbelly of our morbid consumerism.
Links
E-mail conversation
Simon Wald-Lasowski in conversation with
Marjanne van Helvert 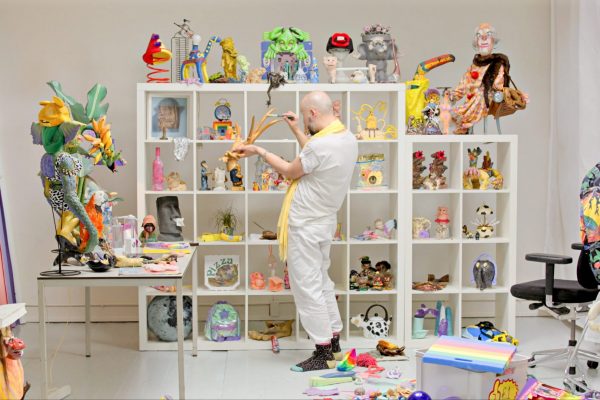