His Highness In A Ditch

Mozard’s videos shift between the staged and the documentary. Her portraiture is intrusive, while parts also keep us at a distance. In her exhibition His Highness in a Ditch, she contrasts boyhood with masculinity and childlike playfulness with archetypal figures of authority. The exhibition explores different methods of storytelling: the unfolding of a fictional narrative; a documentary about individuals trying to live their own story; the telling a story from memory, and where these overlap.

Two Cops (2019) takes place in a park on the Hollywood hills, between Beverly Hills, Hollywood and Studio City, a common hiking destination for actors to walk around and practice for various film roles. The film follows two extras who are preparing to play the role of policemen. Steve and Eric Cohen, the identical twins who play the two police officers, are both professional extras. Dressed in their police uniforms, the men aimlessly walk around the park and talk about how they should act as policemen, how they’re supposed to move, talk and look. Referencing Hollywood films, the characters are copies of a copy, a type of mise-en-abyme.

In Repertoire (2014) we are presented with a character who is also concerned with the portrayal of himself. A man digs a hole in the earth while he describes his life and reflects on the events that defined it along the way. By looking back on parts of his own history he comes closer to some form of reconciliation with it, facing his struggles with grief, love and loss.

In the reflections on memories and piecing together a story, words are at the same time the anchor in reality, as well as the cage for our narrative. Telling and retelling of one’s own stories inadvertently turns the people in those stories into characters — who bears responsibility, the storyteller or is it the environment that produced them?

About Tova Mozard: Mozard’s (b. 1978, Sweden) films often portray the search for, and loss of a sense of belonging, questioning the perception of self and the reification of fictional characters as the basis for real personalities. The malleability of one’s own personality and character also offers the possibility to play new roles. The artist’s work is characterised by curiosity for personalities and the slow unravelling of a narrative. Through video and photography, Mozard explores the margins between reality and make-believe. She focuses on the fringe of conventional life, eccentric characters and surreal, constructed spaces that blur this line between truth and fiction. Mozard holds an MFA from Malmö Art Academy and has studied photography at University of California, Los Angeles. Solo exhibitions include Kulturhuset, Stockholm, Hasselblad Center, Gothenburg, and Botkyrka Konsthall, Stockholm, Gävle Konstcentrum. In addition, Mozard has exhibited at Scandinavian House, New York, Moderna Museet, Stockholm, Norrköpings Konstmuseum, Malmö Konstmuseum, Artipelag, Stockholm, Hilde Gallery, Los Angeles, SMAK, Ghent. Her work is included in several public and private collections, e.g. Moderna Museet in Stockholm, Hasselblad Foundation, Gothenburg and the Bonnier Collection. She lives in Stockholm and Los Angeles. Mozard is represented by Cecilia Hillström Gallery in Stockholm
Links
E-mail conversation
Tova Mozard in conversation with
Charles Aubin 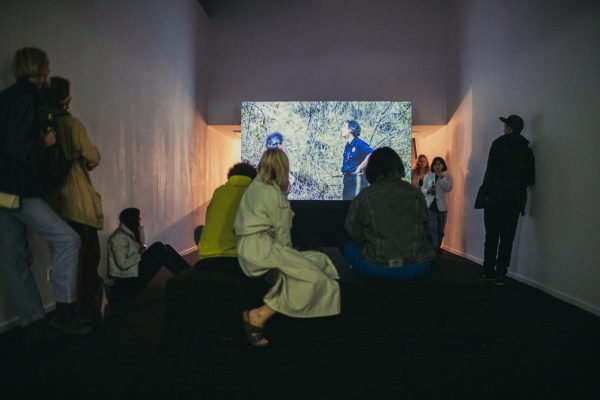