For the time being, Moby Dick 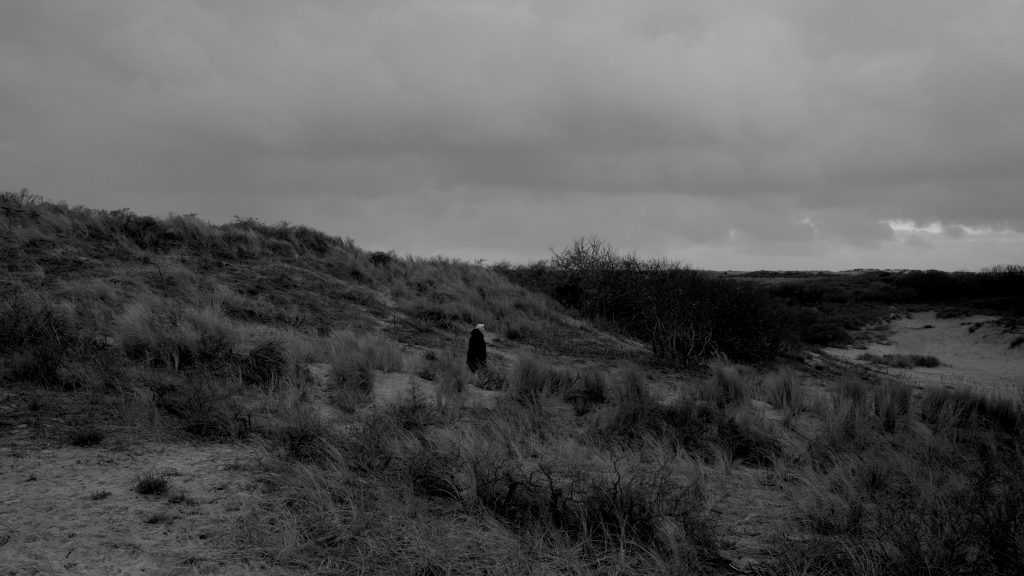 On Saturday, November 27th 1646 welcomed everybody to join and see Baha Görkem Yalım’s performance, video and sounds that, together, formed the first manifestation of the artist’s time at the 1646 residency.

Yalım’s practice is often an encounter between poetry, fiction and academic reflection. During their time at the residency, Yalım explored Herman Melville’s seminal novel Moby Dick, and found it to be a document of exaggerated, obsessive enthusiasm or preoccupation with one thing. Thus Yalım began writing an auto-fictional novella, fusing their own memories with meticulous details from each chapter of Moby Dick.

“When the world is ending, there is a childish urge to become one’s own arc. This Mobius strip turns on itself by memory’s formless form. There is solastalgia, emotional or existential distress caused by change -from climate catastrophe to a journey into a remote location, into a remote emotion, a remote memory- married with a strange comfort. In “for the time being, Moby Dick”, the body dissolves into its environment and contaminates everything it touches. It dissolves by an act of writing, a culmination of different forms of writing, writing in its broadest sense.”

What can an uncompromising body of work; the obsessive enthusiasm or preoccupation with one thing; an arc, mean for an artist? Yalım manages to invert the novel’s content by turning it into a piece of auto-fiction, though still maintaining its structure as a reshuffling of its syntax. With “for the time being, Moby Dick” revolving around this question, the artist draws and writes with words, images, the body and water, giving matter form to dissolve it back again.

About Baha Görkem Yalım: Görkem Yalım (1987, Turkey, based in the Netherlands) is a visual artist working with video, sculpture, and performance. 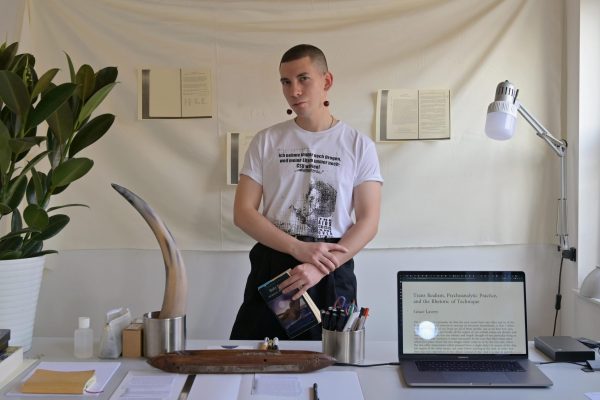 Baha Görkem Yalım
FOR THE TIME BEING, MOBY DICK

Baha Görkem Yalım
FOR THE TIME BEING, MOBY DICK