I Dreamt In Heaven 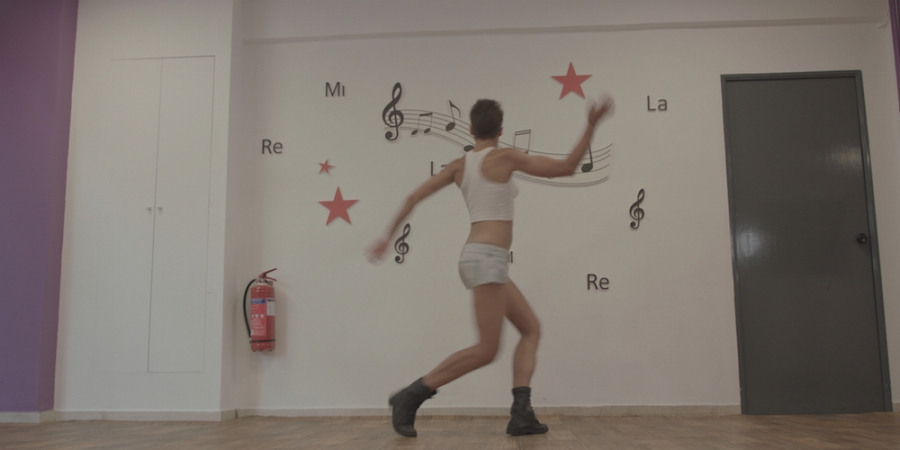 To the left and to the right, fields whirred past: farm crops raised to columns by the red motorcycle’s motion. Fast. 50. 60. 80. 100. mph. Beyond the speed limit. A field, whir, hallways, whir, a data storage facility, whirr, a temple, whirrr. Good Person.

In contrast to who? To whom? Who were the bad people. Matter of fact, he said this. You’re a good person.

To herself? Did that matter? Good Person To Herself. Good Person. Its earthy, grounding weight. A fern. A spruce. Nothing Deciduous about this Good Person.

I dreamt in Heaven explores the ethics and aesthetics of empathy (both through language, action and cinematic editing, music and sound design) via following a short voyeuristic and fantastical motorcycle ride of a child in late summer through suburbia. The short film is paired with sculpture, performance and text works (an email correspondence between an anonymous neuroscientist and the artist on the cultural, neuro, evolutionary and developmental implications of empathy).

In 2006, at the onset of his presidential campaign, Obama delivered a speech to a children’s organization. And then later, in 2008, to his church. “What we have in this country is not a federal deficit, but what we have,” fatherly lips pressed in millisecond meditation, “is an empathy deficit.” Sleeves, rolled up. At the podium.

In 2010, writer Jeremy Rifkin explained how at age 8 a flushed child will realize that life is fragile and that the body, a quiet armor, is decaying and will decay. Everyone dies. This realization of mortality is met with the realization of empathy: your plight is shared & love is a practice, like the everyday, for the everyday*. Empathy does not exist in heaven. Empathy requires the hellish mortality contracts of earth to form.

The characters in the film ask: “Can I have some empathy on my fries? How about some empathy to pay my rent?” Mocking empathy, teasing mortality, for fun for an afternoon, forever, are they angels? The young skateboarders, the seven beautiful archangels? Michael, Raphael, Gabriel, Uriel, Saraqael, Raguel, and Remiel. In heaven?

Empathy is a recent term. Its etymology is a mix-up, the Greek term (__π_____ / empatheia) meant obsession, intense emotional state, unbearable emotional engagement, positive or negative, hatred even. You pay attention if you feel, is the closest and most generous interpretation to the contemporary political and PR fluid-ease with the term: empathize.

Since her first presentation at the Rijksakademie Open Studios in 2015, we have followed Margaret Haines’ work. Her work at the Rijks was as intriguing as the studio visit that followed. We were immediately very impressed by her practice and her recent film ‘The Stars Down To Earth’, which offered us an experience of (pleasant) perplexity, an impression which comes back to us in all the works of Margaret we have seen, where characters embody at once the misfit, the ugly, the awkward, the celebrity, while the narrative navigates fluidly in and out of a complex constellation of politics, sexuality, psychology, history, and mythology.

About Margaret Haines: Haines (b. 1984, Canada) studied at École des Beaux Arts, Paris, FR and Concordia University, Montreal, CAN and received her MFA at the CalArts, Valencia, CA. In 2015-2016 she has been a resident at the Rijksakademie in Amsterdam. Her work has been exhibited at Galerie Lily Robert, Paris, FR, ltd los angeles, Los Angeles, CA, Carroll Fletcher Gallery, London, UK, ICA, London, UK, Western Front Exhibitions, Vancouver, CA and Tanya Leighton Gallery, Berlin, DE amongst others.
Links 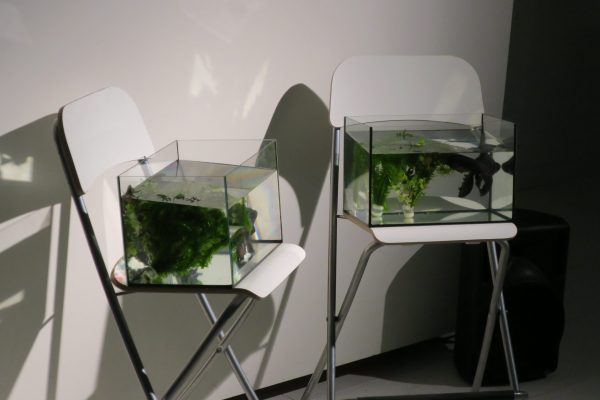 Margaret Haines
I Dreamt In Heaven