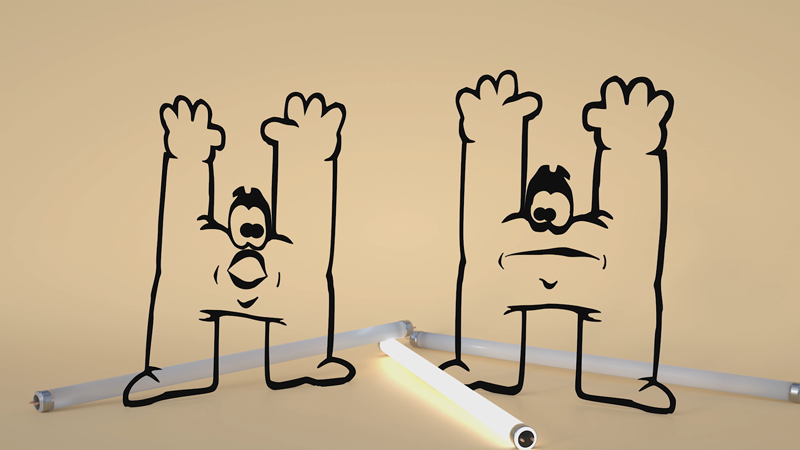 1646 showed Tarwe en Walnoot, a solo-exhibition by Jani Ruscica, in which the artist presented new work.

Tarwe en Walnoot questions specificity, what makes up the essence of something, where a thing turns into something else — pushing against the edges of signs, binaries, categories. The exhibition’s treatise complicates and questions the relationship between signs and their meaning. Characters/signs/letters are animated or take human shape, or animal shape, they have their own will, or disappear into a pattern, an image. Specificity happens when essence becomes meaning, becomes a sign, gets put in a word, an index, a sentence, a book, put on a shelf and left there. Ruscica wants to disrupt this order.

Ruscica plays with semiotics, a field concerned with signs and symbols and the way different meanings can be read by different interpreters. They probe the way we deal with ambiguity, our urge to recognize the signs in front of us. A shape or sign can convey meaning without any visual resemblance to the content of the message, in the way that letters can be pronounced differently in various languages, how hand gestures have particular meanings across cultures, or the way that a symbol can be one thing and mean a wholly other thing.

Think of the lyrebird, which also appears in Ruscica’s work ‘Ring Tone (en plein-air)’ (2016), camouflaging itself by imitation, capable of perfectly mimicking other birdsongs but also a car alarm or a chainsaw, without losing any of its own specificity as a songbird. What happens when the signs that clarify things can take infinite shapes and characters? Is that ‘W’ shaped like a skunk, or the other way around? Form and content often flow into and across each other.

In our current state of affairs getting a grip on reality depends on getting ‘objective’ information, but it is easy to forget that the urge to define the world also includes many divergent and personal stories. Defining also means finding the words to describe feeling, and choosing whether to be transparent or opaque about it. There is no need for meaning to be poured into one mould, and Tarwe en Walnoot celebrates this fluidity. The point is, when one looks at meaning in signs and symbols, it becomes clear that nothing is necessarily set in stone and we humans tend to struggle with ambiguity. It raises questions about how we try to pinpoint or ‘catch’ the world around us into language, in all its shapes and sounds. Tarwe en Walnoot challenges us to consider and to embrace this innate sense of shifting and changing.

Ruscica acknowledges that different art forms have different specificities, traditions and histories. Their work can be found in the in-between spaces, engaging with these differences from different angles to find common ground. Using a variety of mediums — wood cut, sound, video, performance, photography and sculpture — Ruscica’s practice investigates the ties between interpretation and representation, collapsing boundaries of matter, language and meaning.

About Jani Ruscica: Ruscica (b. 1978) (they/them) was born in Savonlinna, Finland and raised in Italy; they currently live in Helsinki. Ruscica has realized a wide range of commissions, including those for Camden Art Centre and Animate Projects in London, and MoMA PS1, Creative Time, and MTV global in New York. Their work was included in Everything was Forever Until It Was No More, 1st Riga Biennial (2018); and presented at the Kiasma Museum of Contemporary Art, Helsinki (2016); and the Kunsthalle Detroit, Museum of Contemporary Art (2013).
Links
E-mail conversation
Jani Ruscica in conversation with
Paul van Tongeren
Supported by 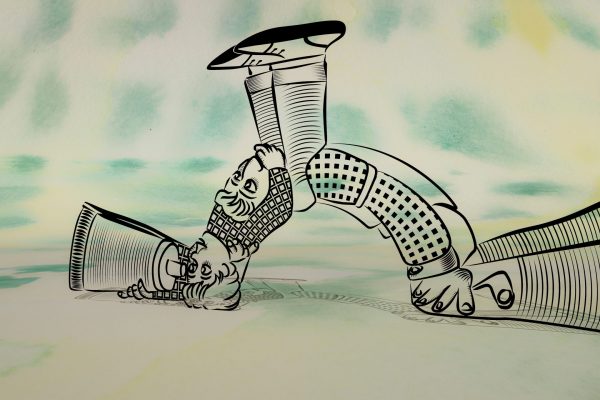 Jani Ruscica
Felt the Moonlight on My Feet