exploring a move & the taste of adrenaline 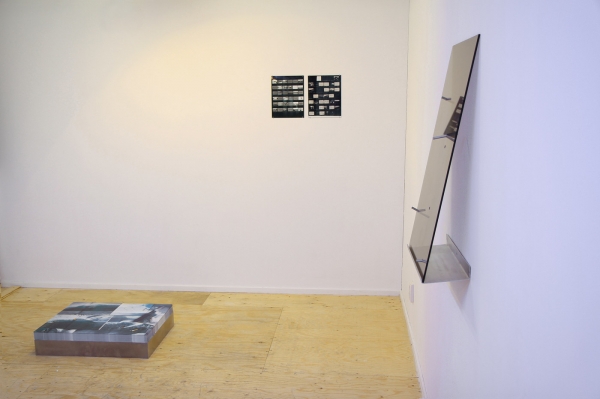 October till january: residency # 2, Magali Reus (NL)
Between October 2010 and the end of January 2011, The Hague artist Magali Reus, who had been based in London for her master program in Slade, had a three months residency in 1646. Next to being a chance to produce new work and make new research, the residency gave Reus the possibility to explore moving back to The Hague, as an enriching professional context. During her residency, she worked on a publication which was presented in London, produced a new video which was shown in The Hague art space Walden Affairs, and prepared a studio presentation at the end of the residency in 1646, together with the second residency artist Dan Walvin, during the opening of Voebe de Gruyter.

The main body of work of Magali Reus is sculpture. Daily objects are put together or casted to become something different. Those objects are given a materiality that seems to attract the spectator towards its colours, shapes. There is a sober sensuality, a pleasure of the thing itself. These qualities are also found in her videos, actions become a moment of visual contemplation.

October till january: residency # 3, Dan Walvin (UK)
Between October 2010 and the end of January 2011, Dan Walvin followed a residency in 1646. His residency took place parallel to the stay of Magali Reus. Walvin´s practice turns around video art. In his works, the viewer experiences the tension of something that is about to happen or had just happened, leaving the taste of adrenaline without a logical pretext. He explores with subjects of disasters,