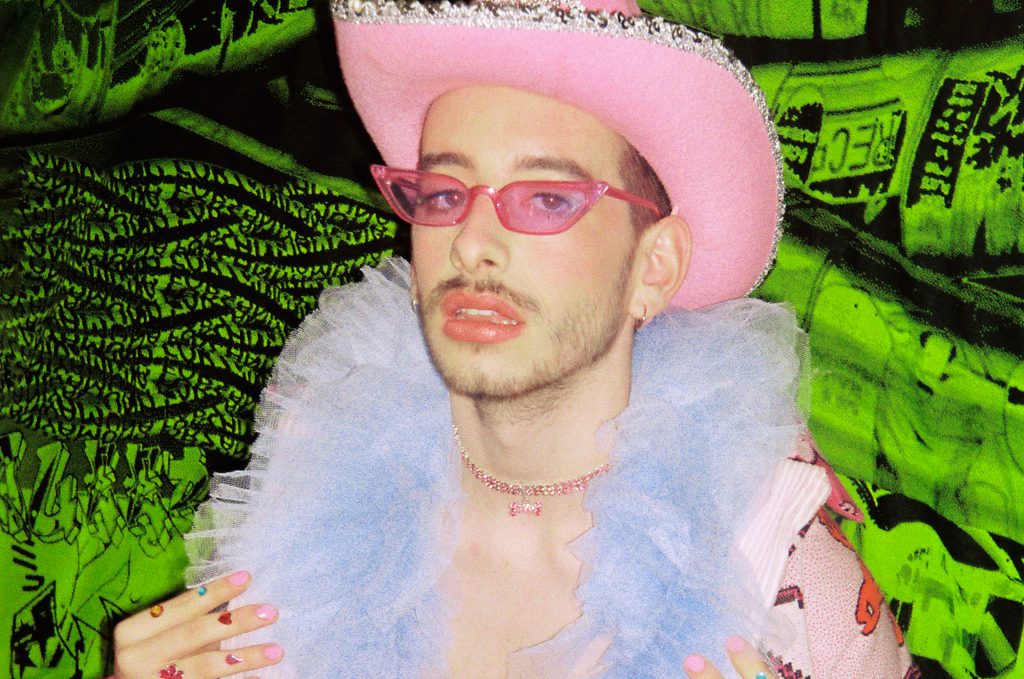 Get your Museumnacht ticket here

Enter 1646 between 20:00 and 01:00 with your Museumnacht Den Haag wristband for a nightly exhibition visit and a musical performance by Eurowitch. He will play the song made for Carmen Roca Igual’s newest film ‘Clean Talk’, which will be on view in her exhibition ‘Tan lines from a Spiritual Retweet’ at 1646.

In the film, a bunch of Spanish women are being filmed as a favour to their cousin, who directs the scenes. The cousin makes them clean and gossip for hours while orchestrating a fictional piece that often breaks the fourth wall as the women break character to talk to and disagree with their cousin. ‘Clean Talk‘ mixes the past with the future, retelling old stories from a contemporary point of view. In his performance during Museumnacht, Eurowitch introduces you to his auto-tune sounds that contrast to the traditional Spanish tonality, taking you through a spectrum of sounds found within Latin music.

Eurowitch is an artist, DJ and singer-songwriter, who, in his musical work, experiments with reggaeton, dancehall, trap, baile funk and sweaty global club beats. Being a Queer artist working with Latin urban rhythms, Eurowitch doesn’t always fit the mold. The backbone of his work is thus based on the representation of LGBTQ+ people in the urban music scene.

During Museumnacht, you will also be able to view the ‘Apatía y Devoción’ TikTok video compilation and record your own TikTok or Reels video!

Click on this link to get your Museumnacht ticket.

Eurowitch’s performances start at 21:00 and 23:00. The TikTok video can be viewed all through the night.

Get your Museumnacht ticket here

About Carmen Roca Igual: Carmen de la Roca (b. 1998, Paris) is a lens-based artist researching human behavior and the social makeup we apply in relation to new media. Her work combines identity, technology, empowerment and the role of new media, but also the essential pursuit of communication, spirituality, and connection that most humans are in search of. She researches and explores experiences through fictional characters as a proxy to hers and society’s dilemmas. The characters live through contemporary narratives as they discover how to utilize the content they create in this attention economy. Roca Igual graduated from the Royal Academy of Art The Hague in 2020. Her work was officially selected for the #AmLatino Film Festival and was nominated for the Young Talent Award during Dutch Design Week. She has assisted artists and filmmakers Amalia Ulman and Pauline Curnier Jardin, and her work was shown before in Amsterdam, Copenhagen, Rijeka, and The Hague.
Links
E-mail conversation
Carmen Roca Igual in conversation with
Cristina Anglada & Gema Melgar (This is Jackalope) 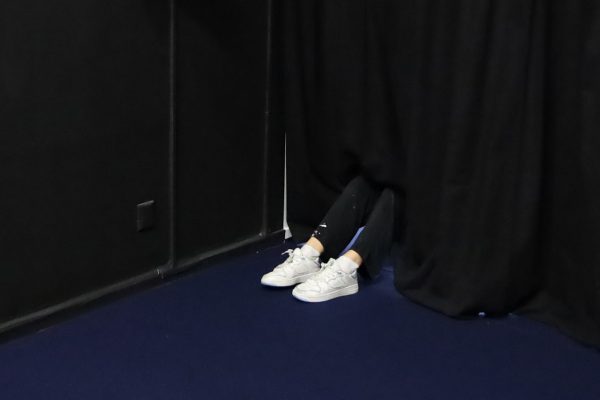 UIT Festival
Behind the scenes of an exhibition build-up 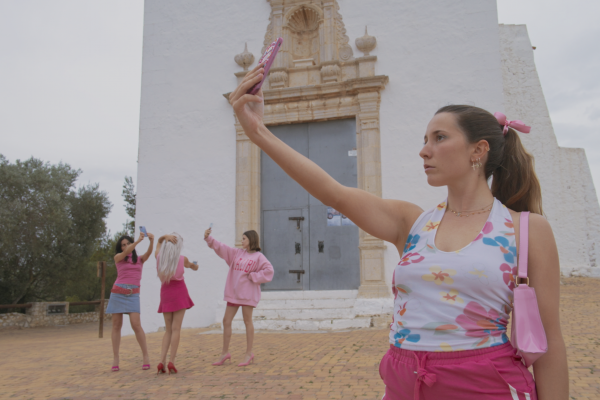 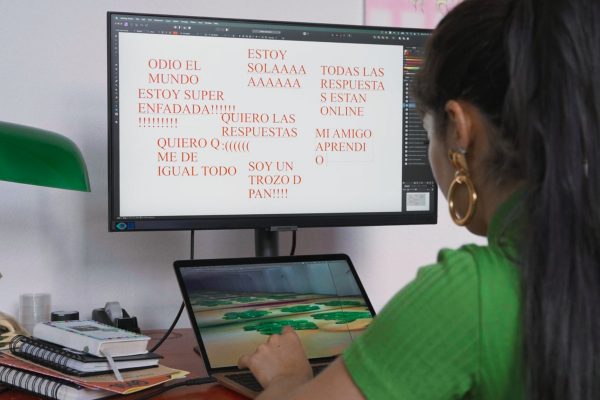