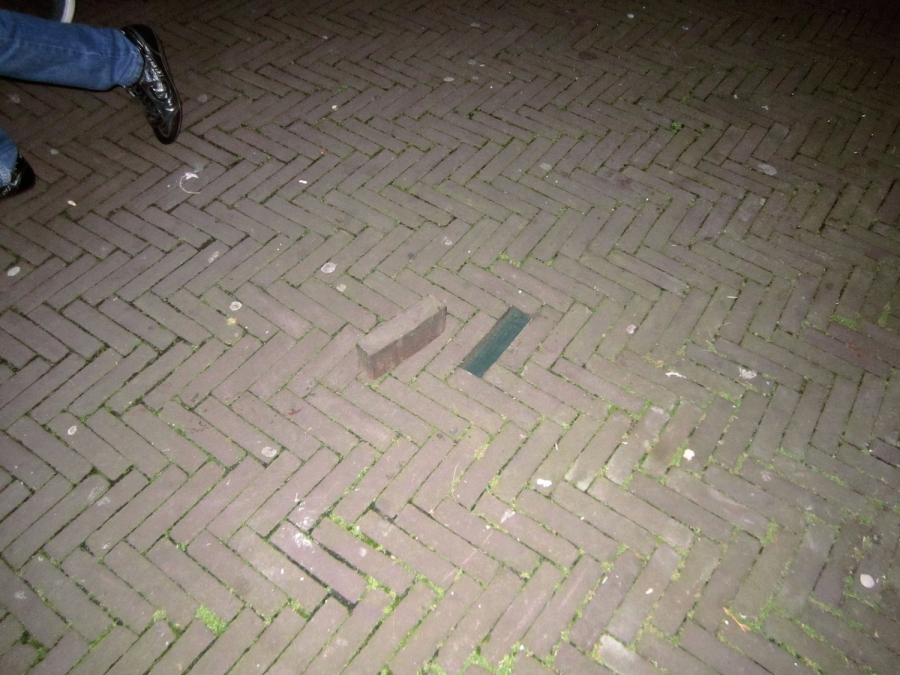 Operating like a wayward scientist and an exuberant storyteller, the artist invites us to see that the absurd and the profound, the tender and the iconoclastic are two sides of the same coin. (Latitudes, Mariana Cánepa Luna & Max Andrews)

On 23 november Fermín Jiménez Landa, then-current artist-in-residence at 1646, presented a series of small performances re-activating the sidewalk as a place of encounters, strengthening width more than length. That is to say, a particular element of the city designed for pedestrian traffic is now observed with the focus on all it’s other uses.

A sidewalk is a place for chaos, weeds, public creativity, private gardens, playgrounds. We can learn a lot about the organization of a city by watching the narrow streets and the negotiation that happens there between passers-by, cyclists, cars, governmental interventions, neighbours and nature in terms of collective, respect, vandalism and popular inventiveness. But it’s as well a negotiation with the past, with the previous urban designs of the cities.

Through small interventions like changing a paving stone of The Hague with one from Amsterdam, hiding marbles in another paving stone, fertilizing a parallelogram of pavement, throwing LSD in a puddle or copying the pavement in the gallery questions come to surface about the assumed normalities of the daily urban life and search the cracks, the splits of an apparently blocked organization of the social space.

The drawings, installations, photographs and videos of Fermín Jiménez Landa describe actions and public interventions that operate in daily life and seek with humor the possibilities of small and discrete changes in this space that we expect immutable. In his works often the language is materialized and the material is verbalized, going from particular to universal and vice versa.

About Fermín Jiménez Landa: Landa …
About Fermín Jiménez Landa was born in 1979 in Pamplona, Spain. Some of his solo exhibitions are They might be wolves eating M&M’s, galería Bacelos (2013), The Doors, La Casa Encendida (2012) Amikejo, Laboratorio 987, Musac, (2011), La guerra fría, Galería T20 (2011), Official acts, Espai Montcada, CaixaForum (2008); and from his group shows; Out of the blue, CA2M, (2013), 08001, Nogueras Blanchard (2010), JULIO #5, Centro Cultural de España, Sao Paulo (2010), Before everything, CA2M (2010) and Entornos Próximos, ARTIUM (2006). Graduated in the Fine Arts faculty of Valencia, he also studied at the Anotati Scholí of Athens and has attended workshops with Robert Morris, Rogelio López Cuenca, Francesc Torres and Douglas Ashford. 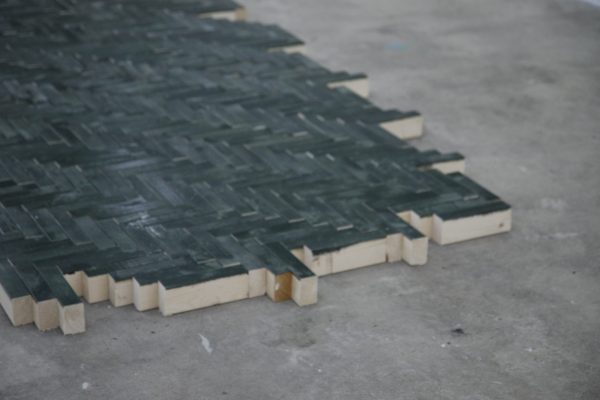 Fermín Jiménez Landa
the sidewalk back to life

Fermín Jiménez Landa
the sidewalk back to life