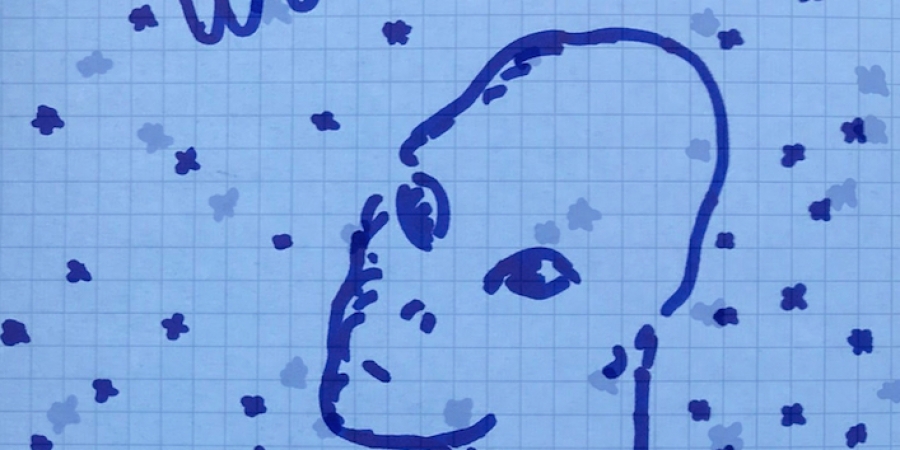 How can foreign life be imagined? How to relate to what is strange and foreign? What role does visualisation play in this relation and how do our imaginings reflect certain power relations? Through an exploration of the many possible and previous ways of imagining the idea of the alien, the work of Luís Lázaro Matos subtly raises these questions that touch upon contemporary politically sensitive issues. In a series of descriptions of the alien, Luís Lázaro Matos uses subjects like class and identity in order to satirise certain aspects of identity politics and the current neoliberal economic wave that is present in many western countries, as well as the rise of protofascist political regimes.

The realised work at 1646 was inspired by the nineteenth century philosophical belief in the existence of other “civilised worlds” throughout the cosmos. The astronomer William Herschel, a cosmic pluralist himself, used the numeric amount of “One Million in One Hundred Million”, without a scientific base to calculate the amount of possible worlds among the stars. These highly precarious scientific speculations ended up later giving birth to the Drake equation – an equation that tries to comply all variables that would have to be taken into account to reach an exact number on how many civilisations could exist in the universe.

Herschel’s writings, who believed he found evidence that the surface of the moon was similar to the English countryside, and popular culture films like Avatar where the narrative uses British colonialism as a metaphor for the relation of the invader to the alien, sparked Matos’ interest in the subject. The speculative and perhaps cliché notions of the ‘alien’ provided him the imaginative material to produce a series of works that use a fictional background to take their form.

Matos used the gallery space to create a landscape of another possible planetary system. In a series of short sculptural stories and graphic representations of these aliens, the artist used seriality as a structure that serves, like in many of his works, to express and mark down the several possibilities of imagining other forms and other worlds. The exhibition was accompanied by a publication, as this work could also be seen as a literary event crossing the visual arts.

Luís Lázaro Matos mainly uses the medium of drawing to develop concepts in a similar way that architects and fashion designers use it to sketch and formulate their ideas. Lázaro Matos focuses on the influence of fiction in the process of architectural thought, with many of his drawings and fictional architectural sketches subvert general utopian notions of 20th century architecture. Previously he has also been concerned with tourism to question how this industry has been fundamental to reshape ideas around the notion of paradise throughout the development of capitalist societies.

Notwithstanding the earnest nature of these subjects, his work breathes pleasure, lightness and humour, often combining intriguing combinations of elements. His immersive installations have produced a sensorial astonishment on us, as they feel like expanded paintings. Conor, composition, contrast, depth and texture of the canvas are transformed into three-dimensional spaces ruled by the same principles. Principles that Luís seem to master with ease, enjoyment and sensuality. 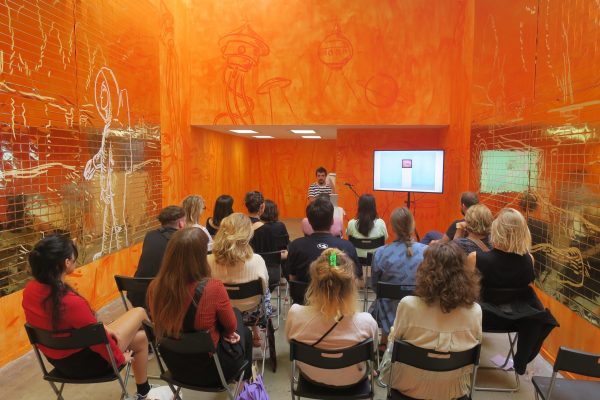