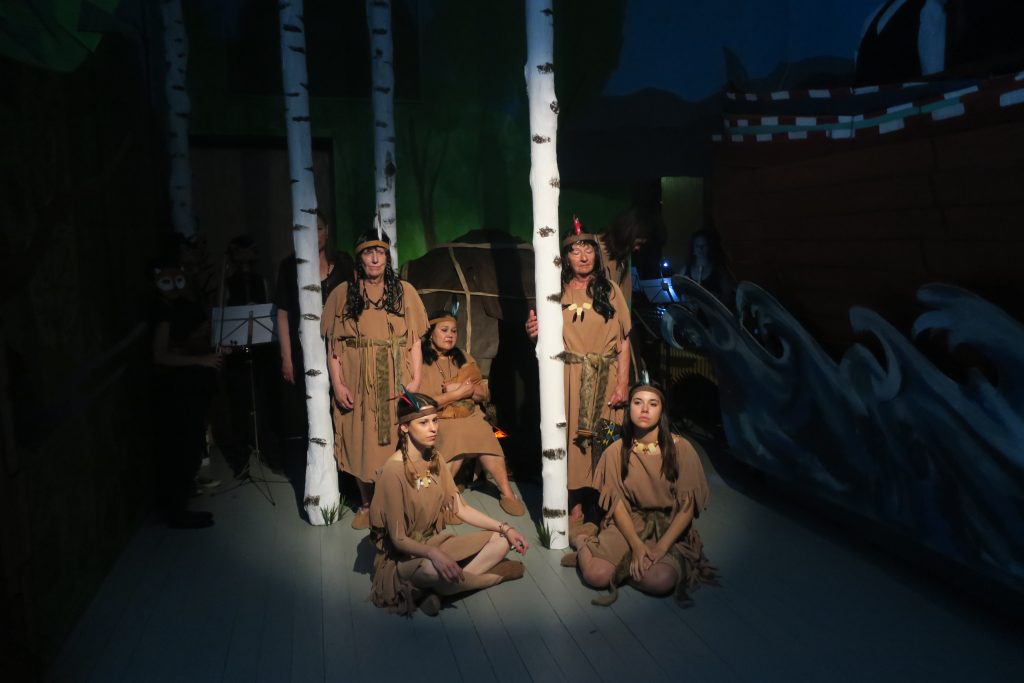 Saturday 12th of May Christopher Kline gave a talk about the then-current project-in-progress that was on public display at 1646: O.K. – The Musical (Dutch Colonial)

The audience was able to get involved and take part in the making of this musical or just sit back, have a coffee and listen to everything it always wanted to know about this community musical.

Over the course of the month of May (2018) was working on the development of O.K. – The Musical (Dutch Colonial). The musical is based around the history and lore of Kinderhook, a small, somewhat obscure town in upstate New York. The musical is oriented around the propagation of the word “O.K.” and its associations with Old Kinderhook. The town of Kinderhook was one of the earliest Dutch settlements in the “New World”, and as such its history, lore, and legends tell a microcosmic version of U.S. and world history replete with the inherent effects of imperialism, war, ethnic cleansing, slavery, and class struggle as well as all of the polarising issues of today. With these bloody and difficult truths ever-present, the musical simultaneously focuses on the human scale, embracing the small triumphs of human imagination and ingenuity, and working to strengthen bonds within existing communities by inviting them together to reinterpret Kinderhook’s history from both outside and within.

For this edition of the musical – Dutch Colonial– Christopher used the space of 1646 as stage and rehearsal room, on view for the unsuspecting passer-by. The space of 1646 was being completely adapted as the visitor was guided through this labyrinth of interconnected spaces through which the story was told. The musical was slowly finding its shape during this month in close collaboration with singers, schoolchildren, artists, actors and otherwise involved people of the community of The Hague and surroundings such as members of the ‘Mama Verhalen Koor’, a local choir for mothers of different cultural backgrounds who write their own songs. Additionally, a penpalship between 4th grade students in Kinderhook and The Hague was being established in which kids wrote letters, and exchanged stories, drawings and poster designs which were integrated into the project. Through this emphasis on collaboration and the collective dimension of social experience consumers are turned into producers, spectators into collaborators as they create their own personal translation of the story of Kinderhook and their everyday experience is made relevant with respect to larger political subject matter.

The process finally culminated in the performance of the musical on 26 and 27 May, 2018.

Since 2014 Kline has been developing O.K. – The Musical, an ongoing project realised in the form of an in-process community theatre musical, exhibitions, videos and publications. The project remains in flux, expanding and evolving across various iterations which focus on different elements of Kinderhook’s past and present. Past iterations have taken place at Tate Liverpool, Centre for Contemporary Art Ujazdowski Castle, Warsaw, La Casa Encendida, Madrid, Arken, Ishøj, DK and KW Institute for Contemporary Art, Berlin and the 1646 edition took place in May 2018. Christopher Kline (b. 1982, Kinderhook, USA) is a Berlin-based artist and musician who co-runs the project space Kinderhook & Caracas with Sol Calero, and co-produces the artist-run TV Network CONGLOMERATE.

About Christopher Kline: Kline (b. 1982, Kinderhook, USA) is a Berlin-based artist and musician who co-runs the project space Kinderhook & Caracas with Sol Calero, and co-produces the artist-run TV Network CONGLOMERATE.
Links
E-mail conversation
Christopher Kline in conversation with
Noor Kloosterman 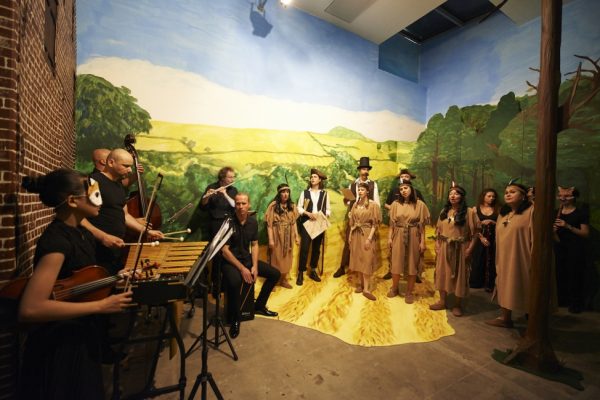