Rose Pantopon And The Wheel Of Fortune 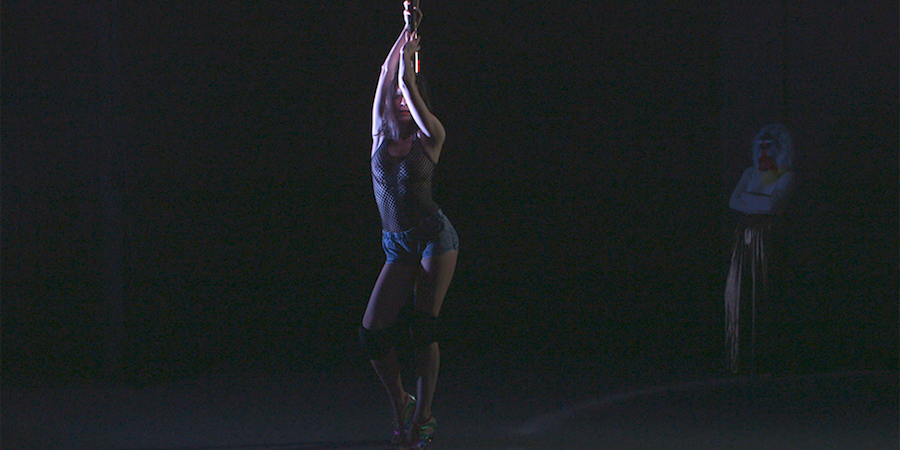 1646 came across the works of Julie Béna during a scouting trip to Prague in 2017. We experienced there how Béna’s work instigates mystery and casts doubt on things previously regarded as infallible knowledge. Her emphasis on irrationality, we found, is one of the biggest strengths in her work. Béna’s practice is not limited to one medium or topic as she works on environments that draw inspiration from the world of literature, film, theatre and popular culture, constructing her subject through personas in videos, performances, sculptures and sing-song poetry. Gnawing on the boundaries of what is real, known and reliable, her work is explicitly ‘strange’, as Béna tests the limit to the plasticity of language – which is liable to nonsense – but it is her “set of images” nonetheless. Out of an impressive list of artists to visit, it was unmistakably clear to us that Julie Béna’s work was something that 1646 needed to present in The Netherlands.

For her solo exhibition at 1646 Béna worked on the next step of her then ongoing project Have you seen Pantopon Rose?. This project started in 2011 in London, and continued its journey through Montreal, Los Angeles, NYC and now The Hague, bringing together fantasy, colour, and the absurd into the project with video, music, narration gestures, and objects.

Have you seen Pantopon Rose? is based on theatre, antiquity, mythology, writing and nightlife. The main performer, Rose Pantopon, is inspired by the character that appears just once in one of the last chapters of Naked Lunch (a novel by American writer William S. Burroughs), when an old junky asks the question: “Have you seen Pantopon Rose?”. The project builds on the following quest: Who is Rose? A migrating bird from Moscow who has landed in the USA? A Pigalle showgirl interviewed by Marguerite Duras? An animated Caryatid?

Béna defines this project as a performance/revue, taking her base in Marx’s theory in the Tomb of Oedipus. One of the theories is that ultimately we have no idea what the Greek tragedy could be. What remained to us are just some writings on thousands of pages and no musical notation, the latter being the essential. What we call tragedy was not necessarily tragic. Marx argues that, «It was something else (…). And maybe we would begin to apprehend it better if we were to relate it to the Japanese nô or to a revue.»

Rose Pantopon and the Wheel of Fortune – the title of the edition at 1646 – is at the very least a mix between a revue, a performance and a musical. Rose Pantopon is not a patchwork but a surprising cocktail, salty-sweet, bitter sweet. Béna presents 2 films and a series of new sculptures to “Rose Pantoponned” the exhibition space. Voices and whispers are acting as a rumour, welcoming the visitors into the half dark space. But as in a Delphic oracle, the priestess is firstly hidden, an airlock between outside and inside.

About Julie Béna: Béna (1982, France) studied at the Villa Arson in Nice and attended the Gerrit Rietveld Academie at Amsterdam. In 2012-2013, she was part of le Pavillon, the research laboratory of le Palais de Tokyo. Béna was recently nominated for the Prix AWARE women art prize. Her recent exhibitions include at the Passerelle Art Center, Brest; Galerie Joseph Tang; FUSED Space in San Francisco; Mathew NYC and Bozar, Brussels. Her recent institutional performances include at Fondation Ricard; M Leuven; ICA London, and Palais de Tokyo, Paris. In 2018, Béna is invited to participate in the next Biennale de Rennes. In 2019, in the frame of Satellite, she will open her first solo show in a Parisian institution at Jeu de Paume. Her upcoming performances include at Independent Brussels; Centre Pompidou, and MRAC Serignan.
Links
E-mail conversation
Julie Béna in conversation with
Inga Lāce 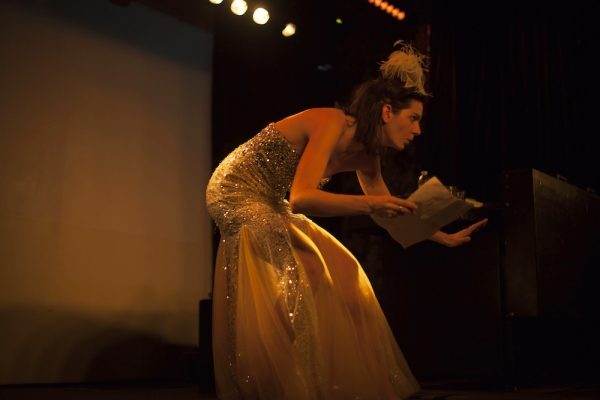