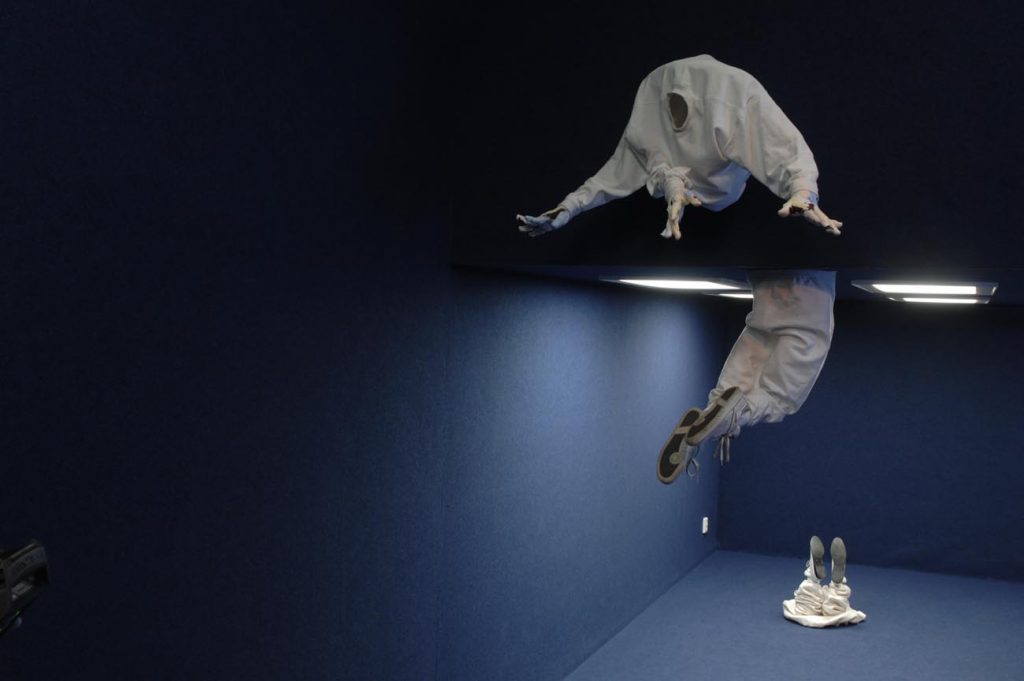 It is the contradictions in the weather. it is the movement of the ball, the distance between the winner and the loser/ between the village and the store. It is about silicon and sounds. It is the TENNIS CAT, the cat that does not pretend, but trembles between night and day, with a constant simultaneous view from both sides. Tennis is something going back and forth. It includes two sides but only one ball. A cat is the opposite of a dog. The tennis balls are yellow, the space is blue, but it is not happening in Sweden.

Tori Wrånes is interested in making errors, to make the brain run other errands than usual, in the glitches and erroneous connections that can occur. The main theme in Tennis Cat is these connections between odd things. Wrånes works with the space as a sculpture in itself, embedded in a marine carpet, turning the exhibition space into a combined cave and boat at the same time. The room is filled with sound as if you are on a mountain plateau: what you see and what you hear creates two different incompatible references.

A lot of Wrånes work is based on sound, and the carpet in this installation is in fact doing the opposite of adding sound. It takes away the sound of everyone’s steps and creates an almost invisible error between the visible and the audible. Wrånes will make the errors accessible by placing them in a rhythmic system echoing the space. In that way the exhibition can be viewed as a unified installation or as several individual works. The use of sensitive materials and the soul of objects creates the TENNIS CAT.

The work of Tori Wrånes is mesmerizing, dreamy, magic, beautiful, funny and strange at the same time. She works mainly with performance combining voice and sculpture. Her use of vivid sounds, costumes and props alter new dreamlike constellations in dynamic architectural and multi-sensory environments. The world she creates swiftly intertwines with influences from Scandinavian mythology and folklore.

At 1646 she presented her first exhibition in The Netherlands where she showed new sculptures produced in New York during her residency at ISCP and new works produced here in The Hague.

Recent works include TRACK of HORNS, Transart Italy 2015; STONE and SINGER commissioned for the 19th Biennale of Sydney (2014); YOUR NEXT VACATION IS CALLING at Lilith Performance Studio in Malmø, Sweden (2014) Richshaw Ballet at DhakaSeminars, Bangladesh 2015 and YES NIX a commission for Performa 13 New York.

About Tori Wrånes: Wrånes (1978, Norway) studied at National Academy of Fine Art, Oslo, at HIA, and at University of Ripon & York St. John. Recent works include TRACK of HORNS, Transart Italy 2015; STONE and SINGER commissioned for the 19th Biennale of Sydney (2014); YOUR NEXT VACATION IS CALLING at Lilith Performance Studio in Malmö, Sweden (2014) Richshaw Ballet at DhakaSeminars, Bangladesh 2015 and YES NIX a commission for Performa 13 New York.
Links
E-mail conversation
Tori Wrånes in conversation with
Jacoba Bruneel 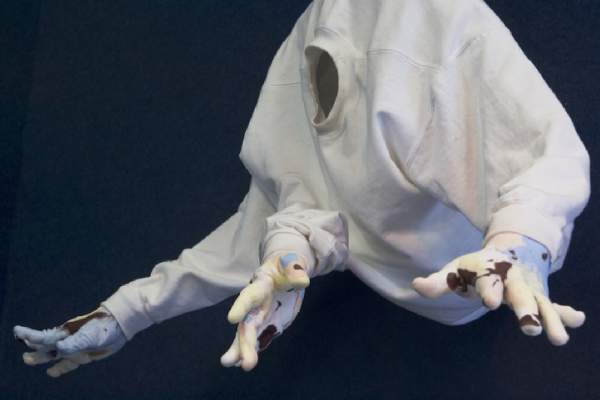