All the things that are not there 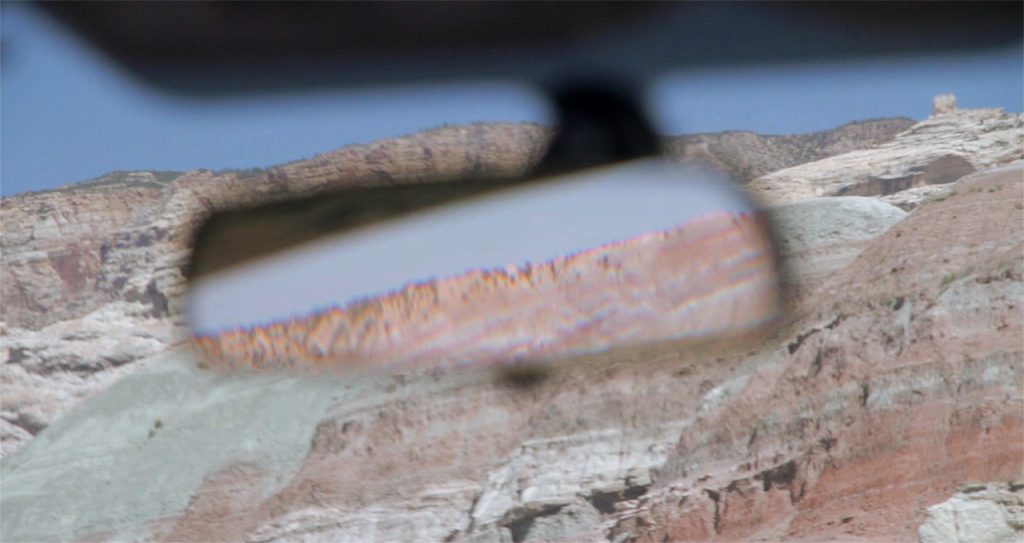 For this lockdown edition of a Background Evening we gave our (digital) visitors exclusive access to one of Teresa Solar’s earlier films All the things that were not there.

The 2014 film tells the story of a young woman who travels the USA, following the steps of the American engineer and photographer Harold Edgerton. For Solar, having started off her artistic practice as a videographer, the film marks an important starting point for the development of certain concepts. Concepts that, to this day, are essential in her artistic research and sculptural approaches.

Edgerton was the inventor of the strobe light and the first high-speed pictures. He was also the inventor of the underwater photography and the camera used to record the first developments of the atomic bombs. The starting point of the movie is the paradoxical relationship between his photographs, that rendered the invisible visible, and the spaces where these pictures were taken, that remain forbidden and obscure to us. Although the film contains a documentary character, it wonders if these frontiers can be overcome through fictional reconstructions in which different characters have to deal with blindness, non-existing sounds and imaginary limbs, finally gaining access to these inaccessible places.

Later in her practice, Solar took this interest in limits as frontiers to the potter’s wheel, and started researching the imposition and exposition of limits in conversation with the material world. What sprouted from this, amongst others, is Everything is OK, the piece that was in 1646’s front space for BIG MOUTH. WITHIN BOUNDARIES. OOZING OUT.

Solar: “In my very first videos, which were made 12 years ago, I was very interested in analyzing empty scenarios of the film “Lawrence of Arabia”, regarding them almost as sculptural entities. In hindsight, I realize how my interest in scenarios in films that have a certain flatness to them eventually translated to sculpture. At the time, I often asked myself: “How do I blend sculpture and video?”. I think an answer to this question can be found in the work Tunnel Boring Machine, where the flatness emanating from the clay represents this merge of two- and three-dimensionality.”

The fictional and fantastical in Solar’s film make for an access to otherwise unreachable places. Could we see the pink room in her exhibition at 1646 in this light? Could it be an entry into the usually inaccessible, contained space that is represented by the pink vase?

Teresa Solar (b. 1985) studied Fine Arts at Universidad Complutense of Madrid. Some of her most prominent solo shows include “Ride, ride, ride” in Matadero Madrid (2018) and Index Foundation in Stockholm (2019) and “Flotation Line” at DER TANK, Institut Kunst Basel, Switzerland (2018). She has also created solo exhibits in galleries such as “Time of worms” at Joan Prats Gallery, Barcelona (2021), “Forms of Fleeing” Travesía Cuatro Gallery, Madrid (2020) and “Pumping Station” in Travesía Cuatro CDMX Gallery in Mexico City (2019).

Solar’s work has recently been shown at the Liverpool Biennial 2021 curated by Manuela Moscoso, at the VII international Biennial of Young Art of Moscow (2020) and at the Köln Skulptur Park #9 curated by Chus Martinez  (2017-2020).  She is currently a finalist of the Future Generation Prize 2021-2022 at Pinchuk Foundation in Kiev. Teresa Solar lives and works in Madrid, Spain 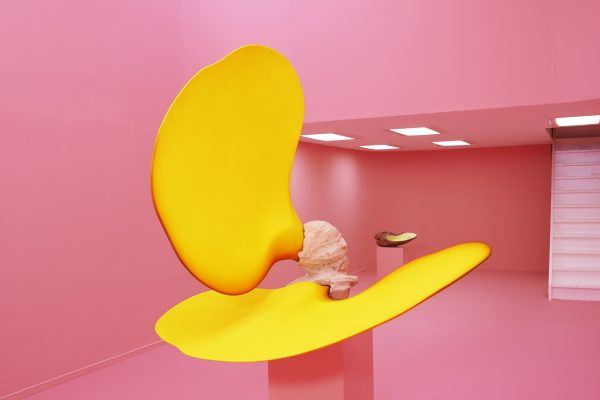