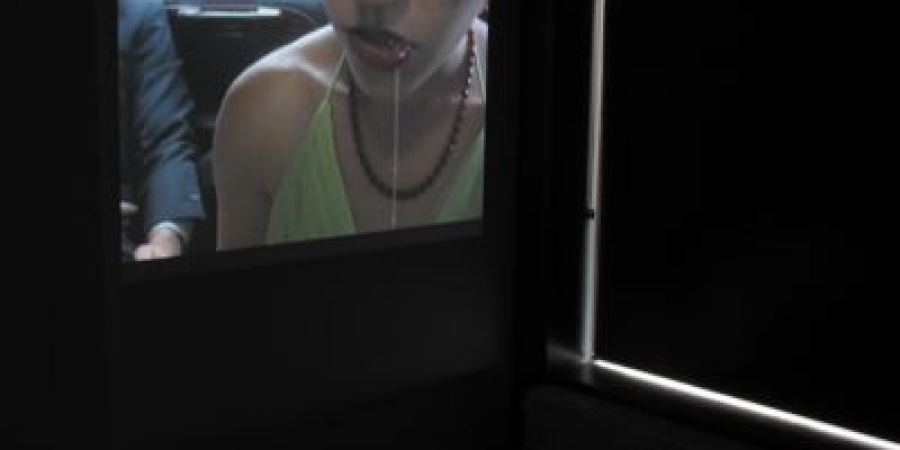 Too much of a good thing can become wonderful (Mae West).

Dafna Maimon‘s main inspiration is, as she herself describes, “the beautiful yet somewhat ridiculous attempt of surviving this uncontrollable lifespan with a smile on our face”. The exhibition features a new installation and six of her latest video works, four of which have been produced during her recent residency in Maine and working period in New York (USA).

Maimon’s works are mostly short, single channel video pieces, which swing between witty one-liners, registrations of staged performative acts and narrative filmmaking. Whilst video is Maimon’s main medium, formally her work relates to high production filmmaking and attempts to copy that language, a desire that comes from her adoration of the “greater than life” aspect of classic cinema and the contradictory disgust she feels for its decadence.

Next to their obvious pseudo-humoristic and theatrical character, the videos tend to at first place be both optimistic and saddening.

By grabbing the viewers attention from a place bordering disturbance or embarrassment, she refers back to the words of Mae West: “Too much of a good thing can become wonderful”, and embraces the overkill.

Though finding “the often solipsist nature affiliated with art practice discouraging, pathetic and foremost unproductive”, Maimon tends to reflect on the making of art itself in a lot of her works. Doing so, collaboration is an essential part of Maimon’s practice, seeing that as “one of the few ways to stand firm against the futile attachment artists tend to have to their own egos.” In “Award Winning Show”, two of the six videos displayed in 1646 are made in collaboration with American artist Liz Magic Laser whom she met during her residency in Maine (USA).

About Dafna Maimon: Dafa Maimon (1982) studied at the Gerrit Rietveld Academy in Amsterdam and received her MFA at the Sandberg Institute in 2008. She has exhibited previously at 1646 in 2009.
Links
E-mail conversation
Dafna Maimon in conversation with
Lynne van Rhijn 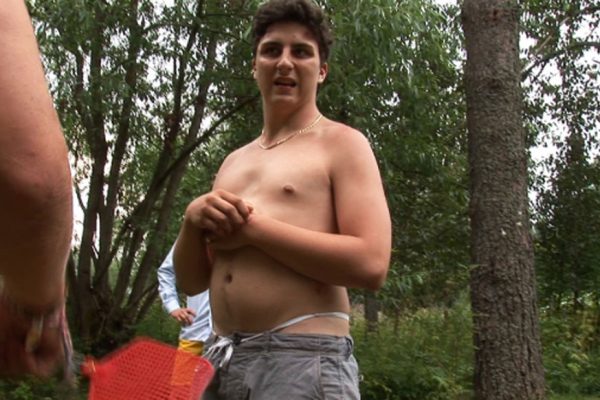