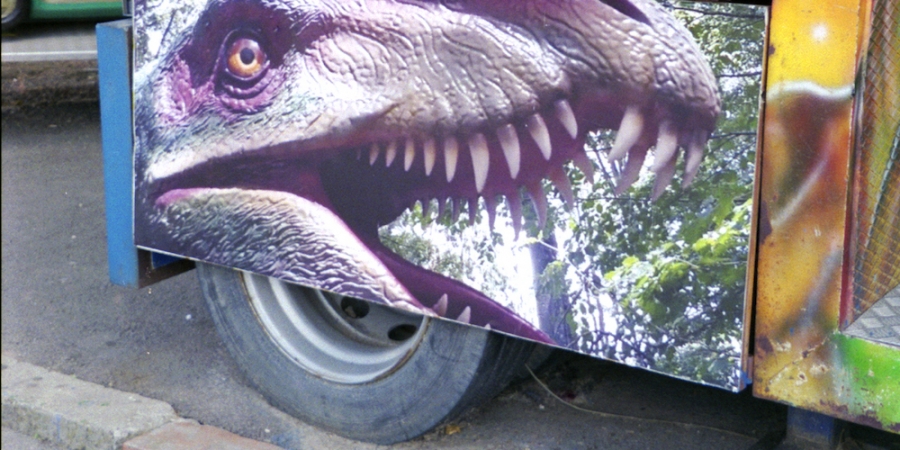 For the Ongoing Conversation #5, during a period of two and a half months, the team of 1646 conducted several studio visits with each student to guide the development of new work for this collaborative project. Throughout this process of conversations, the final form for the project is developed, considering the diversity of unrelated practices together. Each year’s edition has taken a different form, from a series of solo exhibitions, to an elaborated one day event with a extensive program of performances including external locations… For its fifth edition, the project was a more classical group exhibition. Despite the differences in research topics and visual qualities between the artists, the exhibition explored ways to generate a dialogue between the different works.

Arthur Cordier (Leuven, 1993) obtained his Bachelor in Fine Art in Urban Space at the ENSAV la Cambre in Brussels before moving to The Hague. His work strongly reflects on the economical uses made of public space: in particular advertisement and its displays, its structures as well as their inherent consumerist logics. More recently he has started to investigate the obsolescence advertisement contains, in other words how the forms of decay are present in our consumption and promotional systems. From public space, his work now tends towards the exploration of the economy behind leisure and domestic space.

His practice should be described through the topics present in his practice rather than through a particular medium. Nevertheless his works are mainly sculptures, installations, video works and site-specific interventions. His recent works include ‘To the attention of Anish Kapoor’ a speculative proposal sent to the artist’s studio in London, or ‘Markten’ who has been shown during Sofia Underground 2018 at the Sofia Arsenal – Museum for Contemporary Art in Bulgaria. More recently ’FREE COFFEE’ embodied the artist as the freelance of his own practice through distributing free coffee on the street.

He is co-initiator of The Balcony, newly-opened vitrine-exhibition space in The Hague.

Mel Chan (Hong Kong, 1980) investigates the doomsday myth of this epoch – how do those supposedly irrational myths and fears come to surface despite our general adoration of rationality against the neo-liberalist backdrop? How does our ultimate freedom give rise to, in Søren Kierkegaard’s term, Anxiety? How do we make sense of destruction, mysticism, and the arcane world within the framework of the highly-intensified posthuman technology? Does the dystopian imagination reflect the fear of deprivation of lifestyle choices, generated by the inevitable collapse of the late-capitalist/consumerist construction?

Besides guiding audiences to take a glimpse of the possible doomsday scenario just as prophets do, Mel Chan also challenges the pure materialist point view of explanting human existence by re-visiting the dimension of Extrasensory Perceptions (Mystical Utterance), deconstructs the myths (Darling, Let Me Clean Your Underwear), and helps audiences to overcome the fear (Guided Imagination Experience). From time to time she also offers a special edition of Cocktail (White Russian with Artist’s Breast Milk) and sends, together with viewers, postcards from the 1950s back to the current owner of the address (Postcard).

Are these images articulated and what traces (symbolical, geographical, material) can be identified in its seemingly eclectic blend? And how are these images distributed and shared? And by what interface values are the position and value of the image defined?” Lanning poses these questions in relationship to temporal technological development in order to re-articulate its hegemony when it comes to value ascription.This way he constructs alternative articulations of values and how they constitute an image of what the future can be.

Lanning is co-initiator of The Balcony, newly-opened vitrine-exhibition space in The Hague”

Lucy Cordes Engelman (Washington DC, USA, 1987) is currently based in Amsterdam. Her background is in poetry, film and video, with a focus on the feminist impulse in cinema and narrative art. Recently she was a producer and lead actress in the independent feature film, Wonder Valley (2017, USA), which premiered at the Atlanta International Film Festival. Engelman also co-wrote a web-series shortlisted for the Sundance/Youtube New Voices Lab (2016), and a script that was awarded a development grant from the Icelandic Film Fund (2017).

Katrina Niebergal (Kelowna, BC, Canada, 1986) is an interdisciplinary artist working primarily in sculpture and installation. Her practice is centrally concerned with feeling. She questions how intimate, fleeting experience might be distilled into form and how form might be made to transmit affect. Before studying in the Master of Artistic Research program at the Royal Academy of Art, she received her BFA in Visual Arts from Emily Carr University of Art + Design in 2013 and is a founding member of Sunset Terrace and Duplex, shared artist-run studio and exhibition spaces in Vancouver, British Columbia.

The practice of Helena Sanders (Austin TX, USA, 1983) is rooted in painting, often taking the form as large-scale abstract painting, drawing, installation, music performance and the curation of interdisciplinary artist-run events. Across all elements of her practice, she is interested in simultaneously voicing histories of place and excavating the compounded experiences of these environments through the lens of the physical, psychic, and economic.

Helena earned a Bachelors of Science from Skidmore College, Saratoga Springs, NY (2005) with concentrations in Painting and Textile Arts. At the MA Artistic Research her focus is on the economic and political histories of pigment usage and extraction, exploring pigment and colour as a vehicle for superstition and the formation of cultural identity, and the impact of synthetic colour in art-historical as well as vernacular contexts.

Daisy Madden-Wells (UK, 1992) is a multidisciplinary artist and Pisces, born in South London. Graduating from Camberwell College of Arts with a BA (Hons) in Drawing, her work spans painting, sculpture and installation. At present, her artistic concerns include the exploration of the lineage and mutations of heraldic forms and ritual, their weighty past, future potentialities and general absurdities. Daisy is also a part of ongoing collaborative project ëStinkSplashí with fellow Hague-based artist Lauren Jetty.

His work includes performances, installation and video as well as the realisation of masks, books, objects and author editions. He is currently doing research on the de-monstra-tive dimension of some monstrous writings, from which he questions the subject-object opposition in the context of the modern opposition of the human and nature, as well as the colonisation of sensibility and the desire. 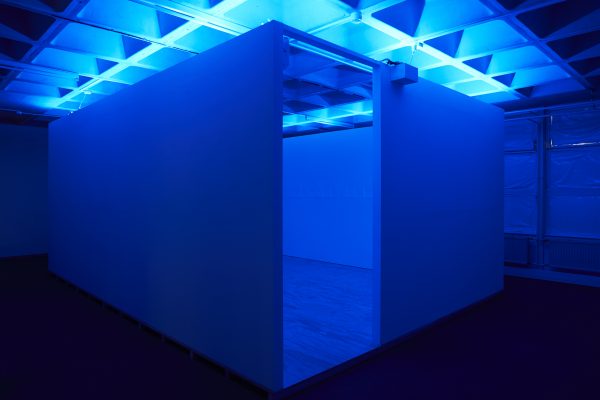 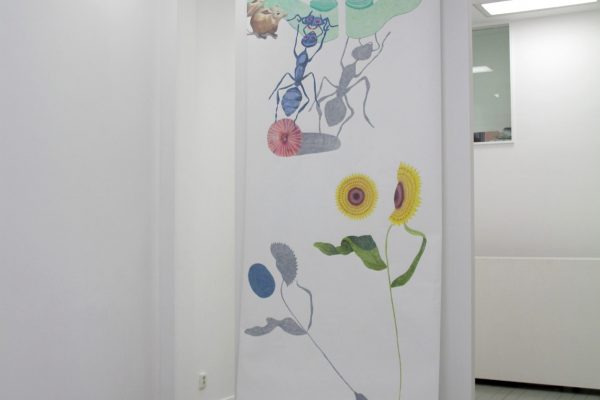 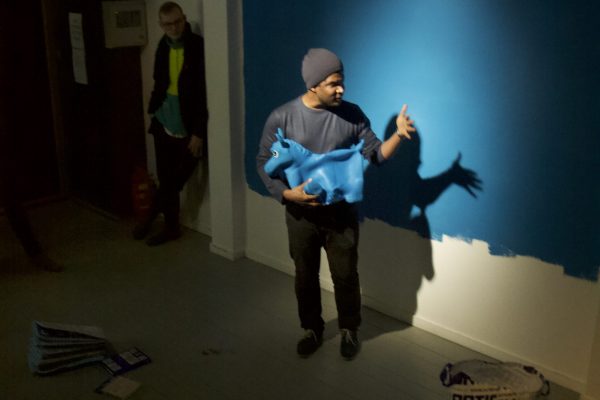